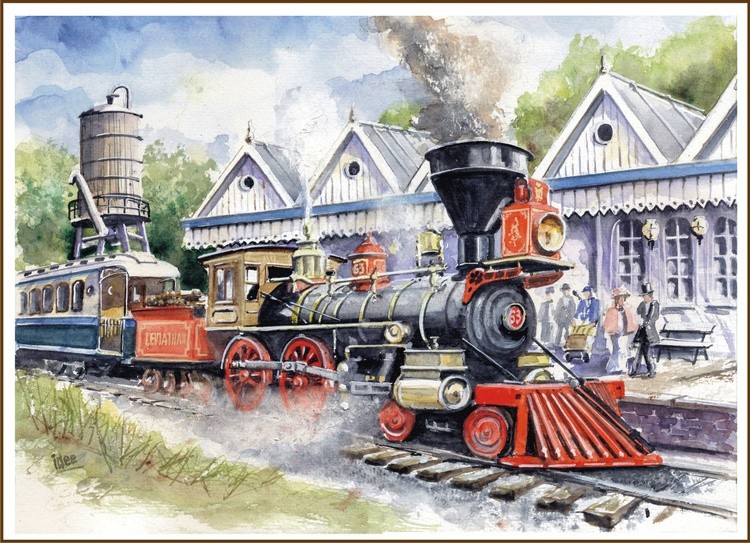 American steam locomotives can safely be called "flamboyant", unlike their European counterparts. But when I saw this picture I thought: is this a joke? A fake steam locomotive escapes from an amusement park ... but no! The Leviathan is a replica of a 4-4-0 steam locomotive that made history as one of the locomotives that passed the Promontory Summit during the Golden Spike ceremony commemorating the completion of the First Transcontinental Railroad. The locomotive, along with three others, the Jupiter, the Storm, and the Whirlwind, was built in 1868 by the Schenectady Locomotive Works of New York. They were then dismantled and taken to San Francisco by sailing vessel, then to the Central Pacific headquarters in Sacramento by barge. There the locomotives were reassembled for use in 1869. This replica was built by Dave Kloke but unlike the original, the boiler burns oil instead of wood.

YOU ARE A WONDER. FANTASTIC DETAIL WORK.