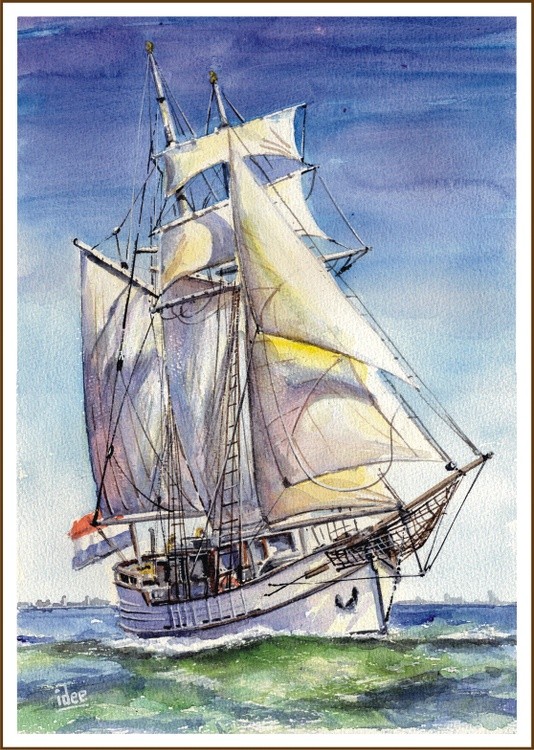 A topsail schooner is in fact an ordinary schooner where the rear mast is higher than the front, but with this rigging the front mast is equipped with a stem on which one or more transversely placed sails can be hoisted, which is especially advantageous when the wind is straight or diagonally from behind . This rig was developed in the mid-19th century and quickly became very popular due to its good sailing characteristics. To be clear, the term "topsail schooner" refers only to the rigging, not to the hull. The image shows, by the green color of the sea, clearly a ship in shallow water. Image size: 260 x 360 mm

Artist Reply: Many thanks Al

What a stunner! she is a dreamboat indeed!

Artist Reply: Many thanks Marie Line