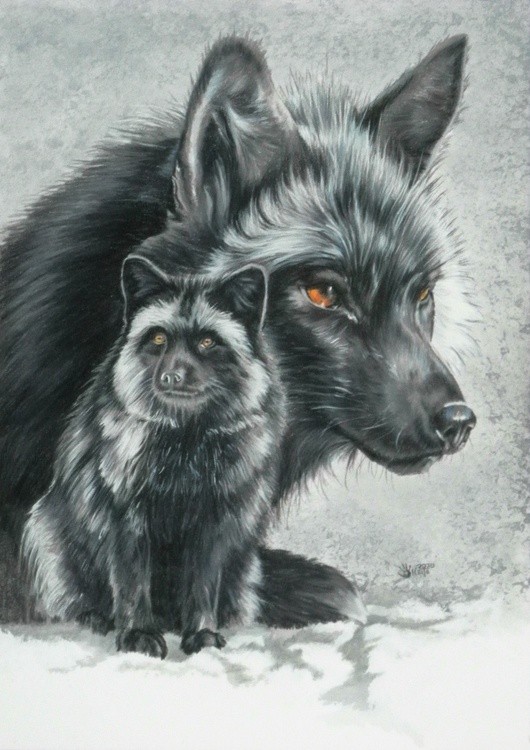 The silver fox is a melanistic form of the red fox (Vulpes vulpes). Silver foxes display a great deal of pelt variation. Some are completely black except for a white coloration on the tip of the tail, giving them a silverly appearance. Some silver foxes are bluish-grey, and some may have a cinereous color on the sides. Historically, silver foxes were among the most valued furbearer, and their pelts were frequently worn by nobles in Russia, Western Europe, and China. Wild silver foxes do not naturally reproduce exclusively with members of the same coat morph and can be littermates with the common red variety, though captive populations bred for their fur and as pets are almost exclusively mated with members of the same color (Wikipedia).

love the softness, the rich brown eyes with plenty of foxy expression, and how you depicted the fox

Artist Reply: Thank you very much

What a wonderful image. Well done.

Gorgeous! I have never seen one but would like too! Have a great weekend, Please stop by so you can see my artwork portfolio would love you too! Thanks