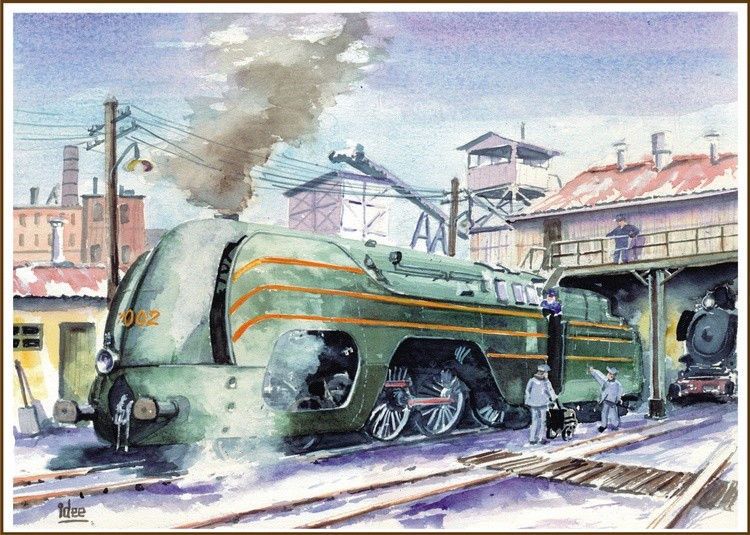 One of the last iconic Belgian passenger trains. In the second half of the thirties, designed by chief engineer Notesse of the NMBS and inspired by a Canadian design. The sleek, elegant locomotive. Type 12 “Atlantic” became the flagship of the Belgian railways. These locomotives were used for passagers transport on the broad lines. This locomotive was equipped with an aero-dynamic, easy folding airframe, what the speed benefited. The “Atlantic” completed the distance Brussels - Ostend in less than an hour, which corresponded to speeds above 120 km / h. Only six locomotives were built. The last copy remained in service until 1962, after which diesel locomotives took over. Only one copy remained spared from demolition, namely the nr 12004 and can still be admired in the train museum near the Schaerbeek station. This watercolor, together with these below, were commissioned and will later illustrate a book about these locomotives. Image size: 260 x 360 mm

Love your art...the trains are fantastic...

I love learning about history of design, through your exquisite artworks!

JUST FANTASTIC IVO. AND CONGRATULATIONS ON THE BOOK ILLISTRATIONS. WHO WONDERFUL.