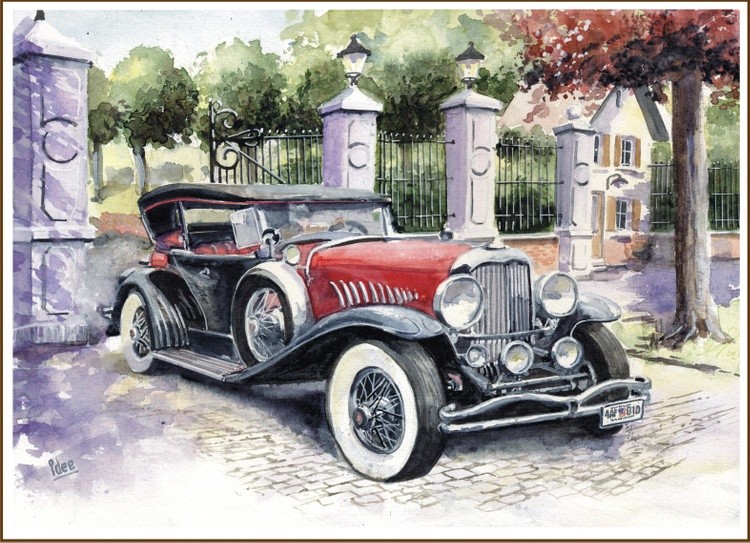 A whole mouthful but that is allowed for this unique car. Duesenberg was an American luxury car brand from 1920 to 1937. Previously, the company was a racing car builder. The brand name Duesenberg can hardly hide its German origin, but was nevertheless known for elegance, luxury, mechanical precision and power, although the cars do not, in my humble opinion, look exactly American. But its iconic value turned out to be so strong that even the derivative word doozy / duesy became American slang to denote something of high quality and was even named a guitar brand after it decades later. Their technical and design capabilities were clearly not directly proportional to their business instincts as the prestigious brand went down in 1937. The Duesenberg Model J was a passenger car produced by Duesenberg. The Model J was Duesenberg's first car after its acquisition by Erret Cord. A total of 470 were built Duesenberg built about 1200 cars during its existence. In 2006, an estimated half were still roadworthy. Duesenberg's Model J and Model SJ are among the most sought after antique cars in the world. A copy in good condition can be worth more than a million euros and some even several millions. Image size: 260 x 360 mm

Apparently you can. I saw nothing about us being able to do this...

OMG! This is so cool, I am calling in my Husband to see your work. He said "Wow" beautiful watercolor. You are an unbelievable artist!

Artist Reply: Many thanks Ginger