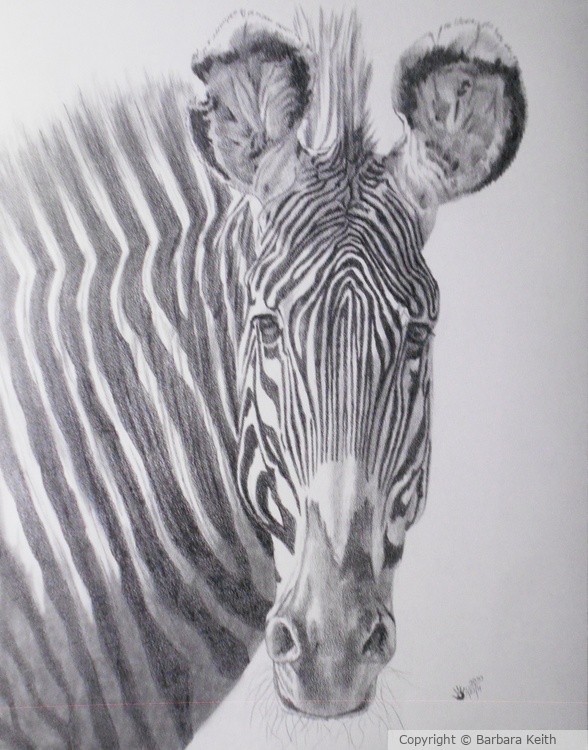 The Grévy's zebra is the largest of all wild equines. It is 2.5–2.75 m (8.2–9.0 ft) from head to tail with a 55–75 cm (22–30 in) tail, and stands 1.45–1.6 m (4.8–5.2 ft) high at the withers. These zebras weigh 350–450 kg (770–990 lb). Grévy's zebra differs from the other two zebras in its more primitive characteristics.:147 It is particularly mule-like in appearance; the head is large, long, and narrow with elongated nostril openings;[14]:147 the ears are very large, rounded, and conical and the neck is short but thick. The zebra's muzzle is ash-grey to black in colour with the lips having whiskers. The mane is tall and erect; juveniles have a mane that extends to the length of the back and shortens as they reach adulthood. As with all zebra species, the Grevy's zebra's pelage has a black and white striping pattern. The stripes are narrow and close-set, being broader on the neck, and they extend to the hooves. The belly and the area around the base of the tail lack stripes and are just white in color, which is unique to the Grevy's zebra. Due to the stripes being closer together and thinner than most of the other zebras, it is easier for them to make a good escape and to hide from predators. Foals are born with brown and white striping, with the brown stripes darkening as they grow older. Embryological evidence has shown that the zebra's background colour is dark and the white is an addition. The stripes of the zebra may serve to make it look bigger than it actually is or disrupt its outline. It appears that a stationary zebra can be inconspicuous at night or in shade. Experiments have suggested that the stripes polarize light in such a way that it discourages biting horse-flies in a manner not shown with other coat patterns. Other studies suggest that, when moving, the stripes may confuse observers, such as mammalian predators and biting insects, via two visual illusions, the wagon wheel effect, where the perceived motion is inverted, and the barber pole illusion, where the perceived motion is in a wrong direction (Wikipedia).

Artist Reply: I did this one because I needed to get away from the 5 other pieces that I'm working on.. and thanks

Artist Reply: thank you, I needed to do a little B&W for a break

No doubt; My FAV today! A real MASTERPIECE!