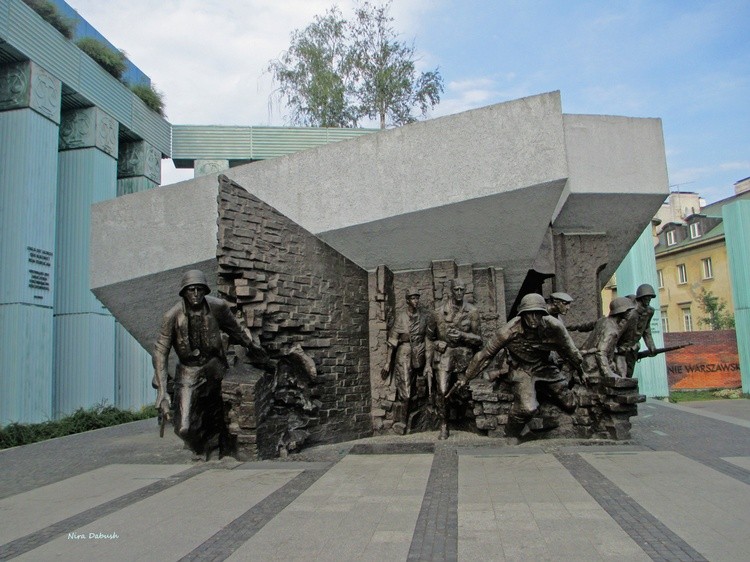 Warsaw Uprising Monument (Polish: Pomnik Powstania Warszawskiego) is a monument in Warsaw, Poland, dedicated to the Warsaw Uprising of 1944. Unveiled in 1989, it was sculpted by Wincenty Kucma and the architect was Jacek Budyn. It is located on the southern side of Krasinski Square. The monument has been described as "the most important monument of post-war Warsaw.

The Warsaw Uprising, which broke out on 1 August 1944 and lasted until 2 October 1944, was one of the most important and devastating events in the history of Warsaw and Poland. Up to 90% of Warsaw's buildings were destroyed during the hostilities and the systematic destruction of the city carried out by the Germans after the uprising.

Here's a reminder.. and a wish for World Peace.
Copyrights (c) Nira Dabush.

Thank you for sharing this dear Nira..

Atrocities done by the NAZI Germans .are now a reminder to the rest of the world of the past,,,I visited Poland to see many of the Horrifying Structures etc that Haunt the world,Peace on Earth

THANK YOU NIRA FOR A LOOK INTO THE PAST AND A PRAYER FOR THE FUTURE.