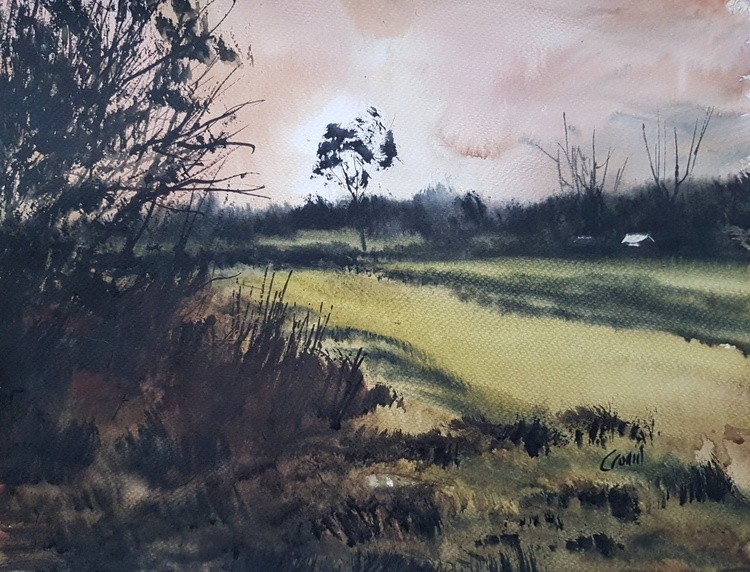 I didn't quite manage to achieve the intensity of light than that in the photo (patreon.com/stevencronin) but there's a lesson for another day. Hope you all had a great Christmas and New Year. This photo was taken during the festive period not far from home. It was the end of a mild December day and the sun was casting some interesting shadows as it set beyond the horizon. I've used lots of Payne's gray in the mixes to get the dark tones that silhouette against the light sky. I've placed the middleground tree against the lightest part of the sky to maximize the contrast. I think it was a caravan just right of centre but I thought it would look better as a small building and so scraped into the darks using my plastic card to break them up a little. Looking at the painting, I should have placed the building slightly further back as the scale looks a little out.

Scale doesn't bother me... it's in nebulous distance. The white roof is a good juxtaposition to the tree. Decent atmospheric feel... it comes across well. I like it.

Artist Reply: Thanks for your comments James

Artist Reply: Thanks Joanie and Happy New Year to you too