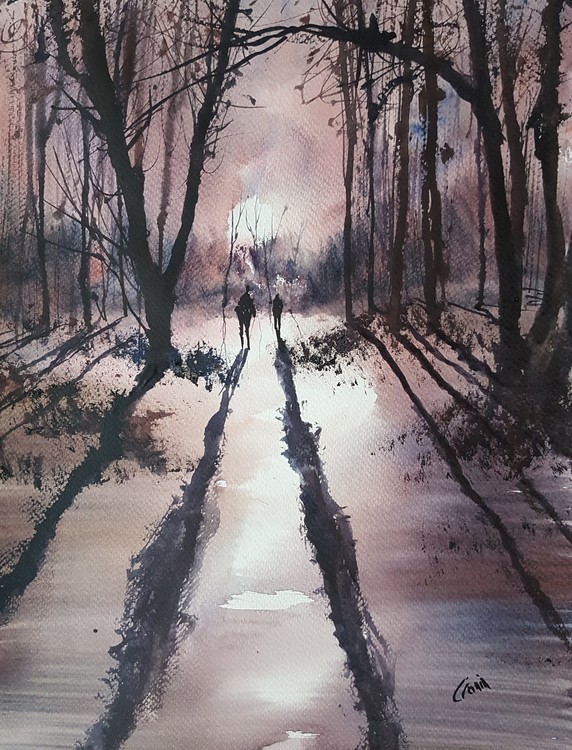 Although I did intend to leave the white paper showing to illustrate the light I got a little lucky when the sun landed in exactly the right spot (although as someone once said: the more I practise the luckier I get). It would be easier to just use masking fluid but I never use the stuff. I always try and leave the white using freehand. Once, a viewer on YouTube was adamant that my shadows were all going in the wrong direction – there’s only one sun they said so all the shadows should be going at identical angles but the reference photo here proves the shadows are relative to where you are standing. Also, without the reference photo it would never have occurred to me that the shadows cast from the two figures would have run into the foreground and out of shot. That’s what makes the low winter sun so appealing – you can get dramatic shadows any time of day rather than just the morning or evening shadows during summer when the sun is often directly overhead. This was the first painting this week where I’ve ignored the reference colours and instead opted for the more dramatic reds from the palette: light red and alizarin crimson. Throw some ultramarine into mix and it works well for creating some interesting mood and atmosphere.