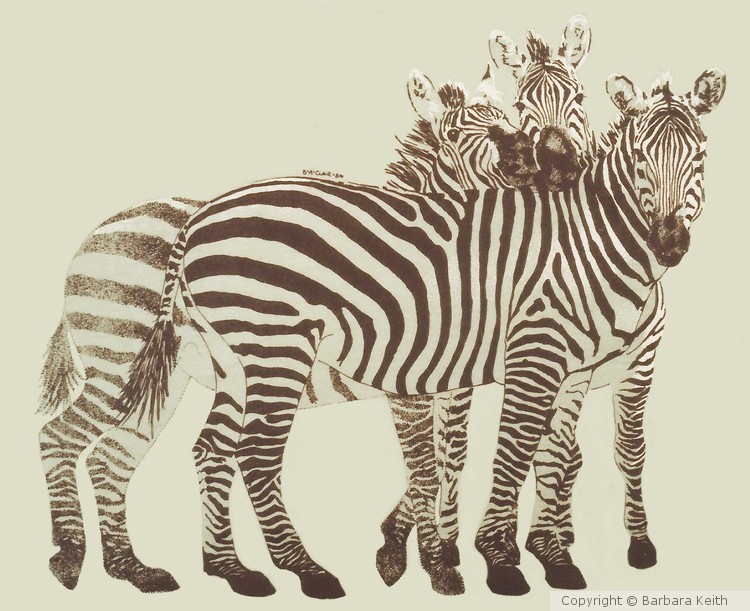 The plains zebra (Equus quagga, formerly Equus burchellii), also known as the common zebra, is the most common and geographically widespread species of zebra. Its range is fragmented, but spans much of southern and eastern Africa south of the Sahara. Six subspecies have been recognised including the extinct quagga which was thought to be a separate species. However, more recent research supports variations in zebra populations being clines rather than subspecies (Wikipedia).

MARVELOUS WORK MY FRIEND. DID YOUR EYES CROSS MUCH PAINTING THIS ONE? ? LOL

Artist Reply: All the time!!! and thanks