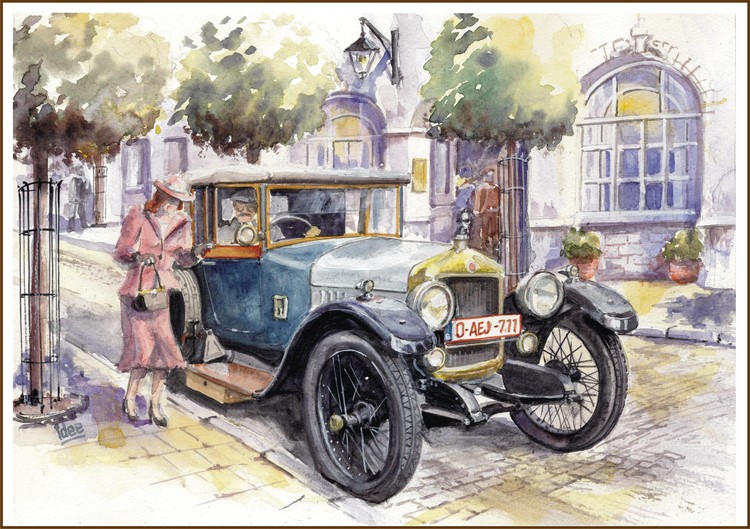 Just like its competitors, the famous Belgian car manufacturer Minerva did not escape the effects of the First World War. The occupier completely robbed the factory. A number of employees were able to move to the Netherlands, a country that remained neutral during this war. To make a virtue out of necessity, she focused on a new design: the Minerva - NN. The production started understandably after the war. The Type NN has a four-cylinder sliding engine of 3.6 liters. I myself was stunned that a reasonable number of the, yet rare, cars in Belgium are still in the hands of a number of Minerva fans (such as the one shown). At the beginning of the Second World War, the company stopped building passenger cars. Image size: 260x 360 mm

WHAT A WONDERFUL WORK IVO. AND ANOTHER GREAT HISTORY LESSON.

Very classy vehicle. Truly excellent work on those wheels and tires, Ivo. A well executed ellipse has been the downfall of many a mann.

Artist Reply: Thanks Jim, Minerva was the Belgian Bugatti , popular by kings and movie staars