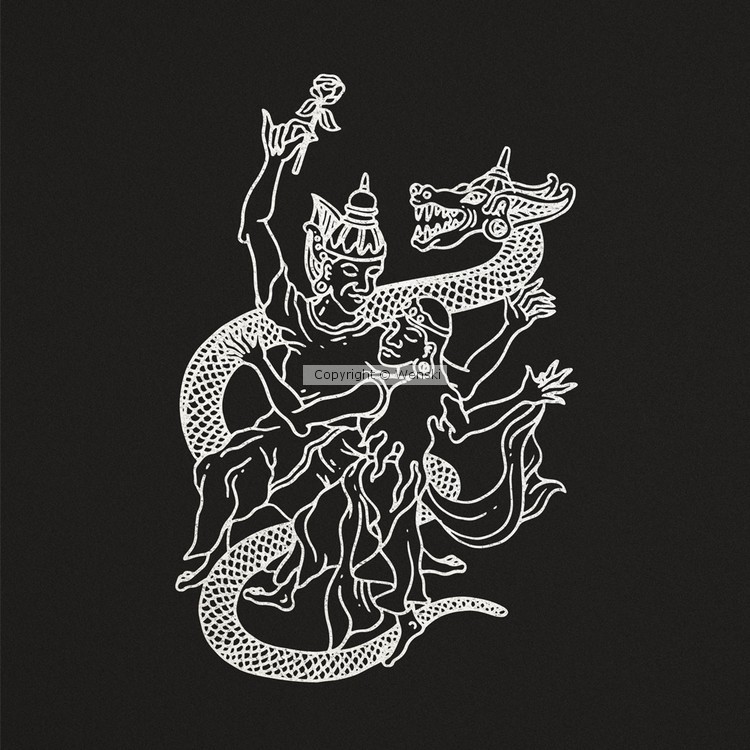 Rama and Shinta's are a visualization of Kakawin Ramayana, Javanese version of Ramayana story. The story begins when Prabu Janaka held a contest to determine the would-be husband for Shinta, his daughter that finally was won by Rama Wijaya. The scene is continued with the adventure of Rama, Shinta and Rama's younger brother named Laksamana in Dandaka forest. There, they met Rawana that was eager to posses Shinta since she was considered the reincarnation of goddess Widowati, a woman that he had been seeking for long. In order to attract Shinta's attention, Rahwana changed one of his followers named Marica into a deer. The effort was successful when Shinta was attracted and asked Rama to chase the deer. When Rama did not show up after a while, Laksmana went to find Rama and left Shinta herself by protecting her with a magic circle around her in order that nobody would be able to kidnap her, including Rahwana. The protection failed to keep Shinta in the place since Rahwana succeeded in kidnapping her by changing himself into Durna character. At the end of the story, Hanoman, the white, powerful monkey succeeded in taking Shinta from Rahwana. When she returned, however, Rama did not trust her anymore. He considered Shinta disgraced. In order to prove her virginity and holiness, Shinta was asked to burn herself. Shinta proved her holiness when she was not burned at all even she became more beautiful. Finally, Rama accepted her as his wife.