Gary Cooper as Marshall Will Kane 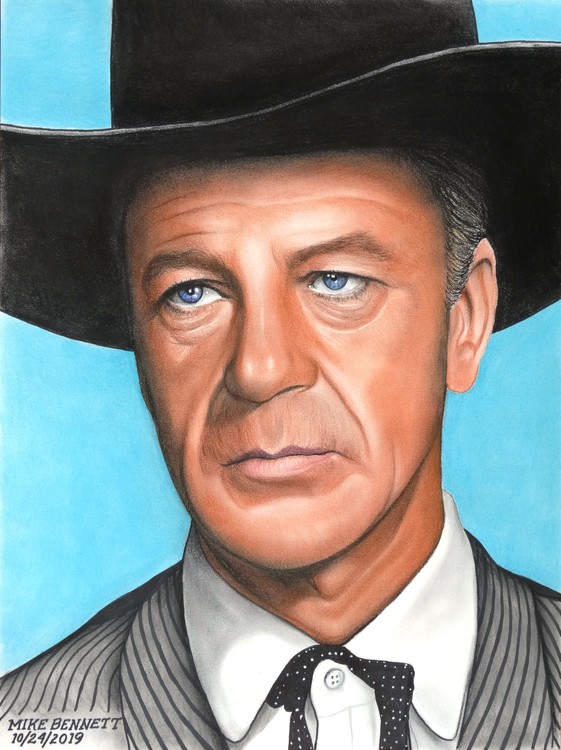 GARY COOPER AS WILL KANE This pastel sketch is my most recent one of actor Gary Cooper as Marshall Will Kane from the western movie, High Noon. Cooper was born in 1901 in Helena, Montana. He had aspirations of becoming a professional artist and was quite talented. He moved to Los Angeles in 1924 at the request of his father, a retired Montana Supreme Court judge. While there he met some cowboy stunt riders from Montana who were earning a living falling off horses for the Hollywood silent films. Gradually, film critics began to notice his acting in the silent films and he was given more and more acting roles with longer parts. By 1929, Cooper became a major movie star with his first talking movie, "The Virginian" And as they say, "the rest is history." In 1953, Cooper with his wife and daughter met Pope Pius XII. It was at this time, he began to contemplate his spiritual life. He broke off his affair with Patricia Neal. He began attending Mass with his wife and daughter and in 1959, he was received into the Catholic Faith. Cooper won his first Academy Award in 1942 for the movie, Sergeant York. His good friend, Jimmy Stewart presented the award to him. His second Academy Award was for the movie, High Noon. His other good friend, John Wayne accepted the award, because Cooper was on location filming a movie. His final Academy Award was for his lifetime achievements. Jimmy Stewart accepted this award for him since "Coop" was dying. On May 13, 1961, "Coop" died of cancer, one week after his 60th birthday. These are three links, to sites devoted to Gary Cooper: https://www.garycooper.com/ https://www.facebook.com/GaryCooperCollection/ https://www.garycoopercollection.com/ Here is a link to photos taken at the Yucaipa Valley Art Association where I did a demo of the beginning stages of this sketch: https://www.dropbox.com/sh/1i7u8e7gt7cqeoa/AADfJrwJNQ-OKt_lKsuzqVh3a?dl=0 The photos were taken by Hilary Peters.

This 18x24 inch sketch will be shipped unframed and postage paid in the continental United States.
$ 250.00

Artist Reply: Thank you Mr. Pearce. It is my most recent portrait as of this reply.

Artist Reply: Thank you. I have been sketching him since high school.

Artist Reply: Thanks Kevin. I appreciate that.

You captured his eyes as he appeared in that wonderful film. Love the colors and detail. Thank you.

Artist Reply: Thanks Kevin. He did have the eyes that attracted many actresses to him.

Mike you did an excellent portrait of one of my favorite ..my PIC and FAV

Artist Reply: Thank you so much Marie. I appreciate that.