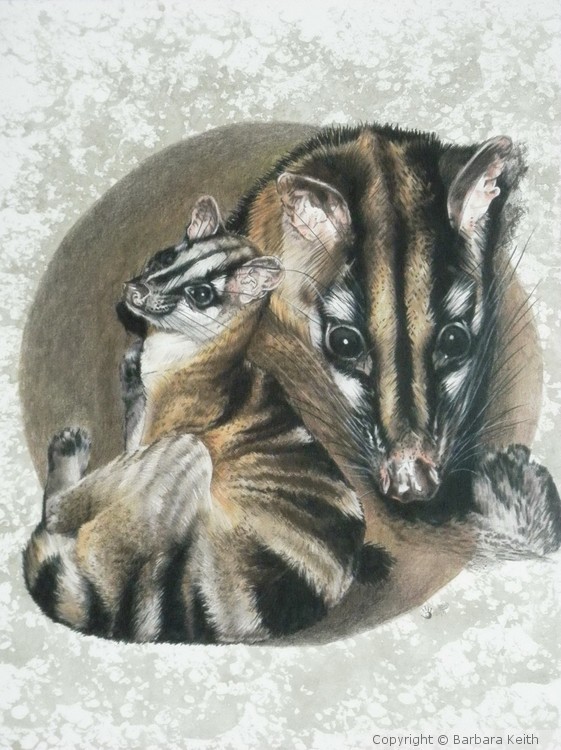 The banded palm civet (Hemigalus derbyanus), also called the banded civet, is a civet found in the Sundaic region and occurs in peninsular Myanmar, peninsular Malaysia, peninsular Thailand and in Indonesia on the islands of Sipura, Sumatra and Borneo. It is listed as Near Threatened on the IUCN Red List because of its large geographic and elevation range and tolerance to some habitat disturbance. Hemigalus is a monospecific genus that was first named and described by the French zoologist Claude Jourdan in 1837 (Wikipedia).