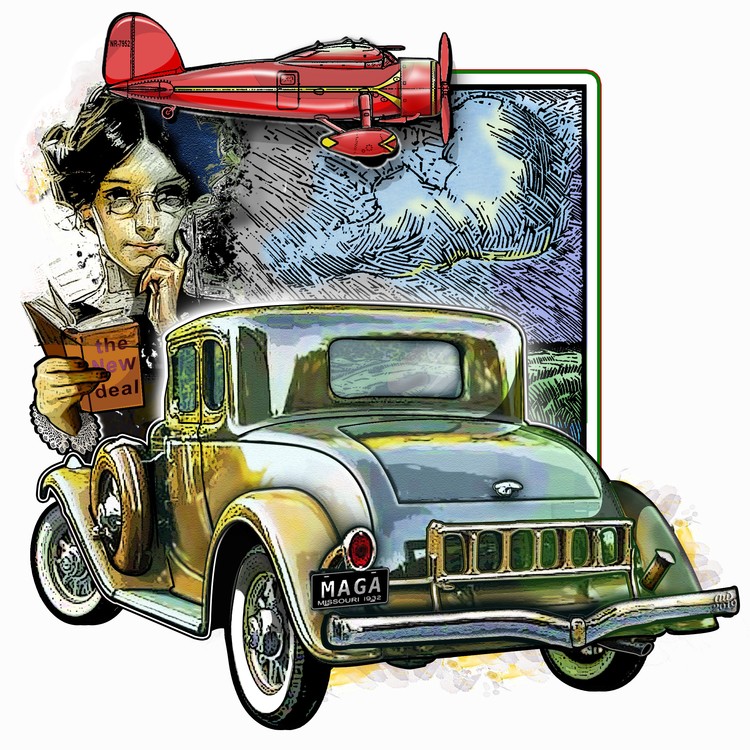 Since 1927, “Commander” was one of the names used in their line of cars & they would drop the name “Dictator” in 1937 because of Hitler's European activities. This year (1932) also saw the 1st solo Atlantic flight by a woman in her Lockheed Vega & a new idea from a new presidential candidate (Franklyn Roosevelt) called the “new deal“ was added to public attention.

No doubt: My PIc today!