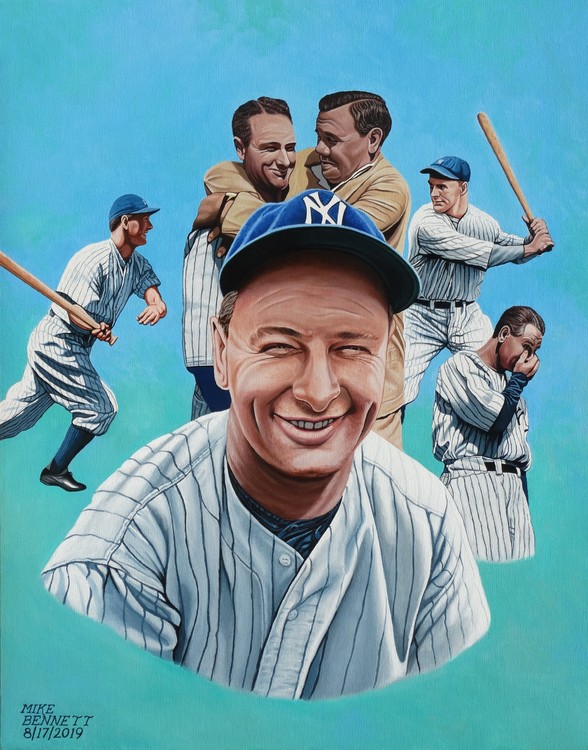 Lou Gehrig, “The Iron Horse” and “The Pride of the Yankees” on July 4th, 1939, gave what to this day was the most memorable speech that any sportsman could have ever made when, he called himself, “The luckiest guy on the face of the earth”. This valiant speech was made even though he already knew he was dying. On June 19, 1939, which was Gehrig's 36th birthday he was given the prognosis after the Mayo Clinic told him he had “amyotrophic lateral sclerosis”, a neuromuscular illness. His last game was April 30th, 1939. Coincidentally, he had signed his first contact with the New York Yankees on April 30th, 1923. Gehrig unselfishly benched himself on May 2, 1939, for the good of the team when he realized that he was hindering his team from winning ball games because of his loss of muscle strength. Playing two thirds of his career under the flamboyant, Babe Ruth, Gehrig quietly and without fanfare amassed some of the greatest baseball statistics any player had ever accomplished. He was the first player to hit four home runs in one game. He played in 2130 consecutive games with numerous broken bones which healed on their own because he did not want to miss a game. Jonathan Eig, wrote a recent book in 2005 on the life of Lou Gehrig. It details his entire career down to the last months of Lou’s slow deterioration to death. The book is called, “ Luckiest Man: The Life and Death of Lou Gehrig”.

Please allow 2 weeks for delivery. The painting includes shipping in the continental United States. The painting is unframed and measures 24x30 inches.
$4000.00

Artist Reply: Barry, he has been mine as well as the actor who portrayed him, Gary Cooper.