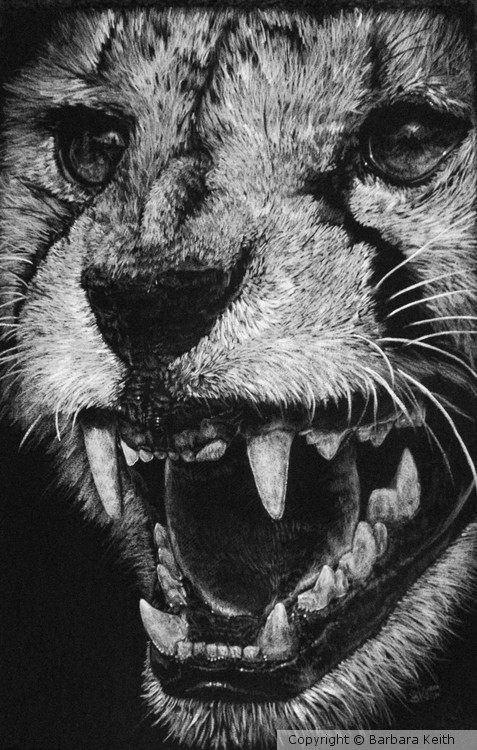 The cheetah (Acinonyx jubatus; /'t?i?t?/) is a large cat of the subfamily Felinae that occurs in North, Southern and East Africa, and a few localities in Iran. It inhabits a variety of mostly arid habitats like dry forests, scrub forests, and savannahs. The species is IUCN Red Listed as Vulnerable, as it suffered a substantial decline in its historic range in the 20th century due to habitat loss, poaching for the illegal pet trade, and conflict with humans. By 2016, the global cheetah population has been estimated at approximately 7,100 individuals in the wild. Several African countries have taken steps to improve cheetah conservation measures. The cheetah was formally described by Johann Christian Daniel von Schreber in 1775 and is the only extant member of the genus Acinonyx. Its yellowish tan or rufous to greyish white coat is uniformly covered with nearly 2,000 solid black spots. Its body is slender with a small rounded head, black tear-like streaks on the face, deep chest, long thin legs and long spotted tail. It reaches 70–90 cm (28–35 in) at the shoulder, and weighs 21–72 kg (46–159 lb) (Wikipedia).

You did an outstanding work there!!!

Artist Reply: It was actually fun, thanks

Artist Reply: well, that kind of depends on where you're standing.. kitty doesn't like to be disturbed