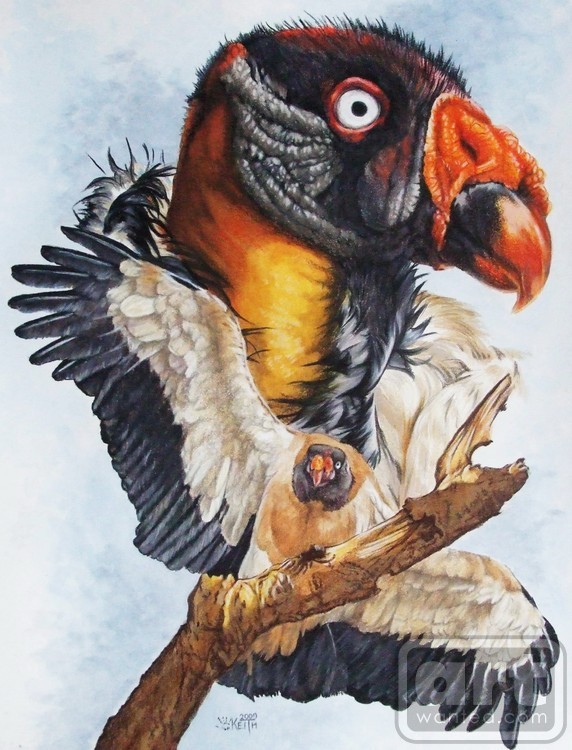 The king vulture (Sarcoramphus papa) is a large bird found in Central and South America. It is a member of the New World vulture family Cathartidae. This vulture lives predominantly in tropical lowland forests stretching from southern Mexico to northern Argentina. It is the only surviving member of the genus Sarcoramphus, although fossil members are known. Large and predominantly white, the king vulture has gray to black ruff, flight, and tail feathers. The head and neck are bald, with the skin color varying, including yellow, orange, blue, purple, and red. The king vulture has a very noticeable orange fleshy caruncle on its beak. This vulture is a scavenger and it often makes the initial cut into a fresh carcass. It also displaces smaller New World vulture species from a carcass. King vultures have been known to live for up to 30 years in captivity. King vultures were popular figures in the Mayan codices as well as in local folklore and medicine. Although currently listed as least concern by the IUCN, they are decreasing in number, due primarily to habitat loss (Wikipedia).

Artist Reply: this was so much fun to do.. and thanks