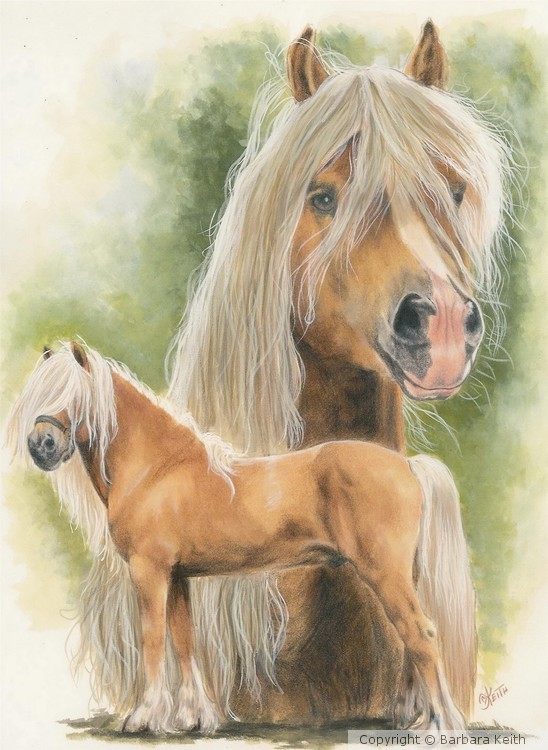 The Haflinger, also known as the Avelignese, is a breed of horse developed in Austria and northern Italy (namely Hafling in South Tyrol region) during the late nineteenth century. Haflinger horses are relatively small, are always chestnut with flaxen mane and tail, have distinctive gaits described as energetic but smooth, and are well-muscled yet elegant. The breed traces its ancestry to the Middle Ages; there are several theories for its origin. Haflingers, developed for use in mountainous terrain, are known for their hardiness. Their current conformation and appearance are the result of infusions of bloodlines from Arabian and various European breeds into the original native Tyrolean ponies. The foundation sire, 249 Folie, was born in 1874; by 1904 the first breeders' cooperative was formed. All Haflingers can trace their lineage back to Folie through one of seven bloodlines. World Wars I and II, as well as the Great Depression, had a detrimental effect on the breed, and lower-quality animals were used at times to save the breed from extinction. During World War II, breeders focused on horses that were shorter and more draft-like, favored by the military for use as packhorses. The emphasis after the war shifted toward animals of increased refinement and height (Wikipedia).

Artist Reply: thank you so much!