I am not a Push Over 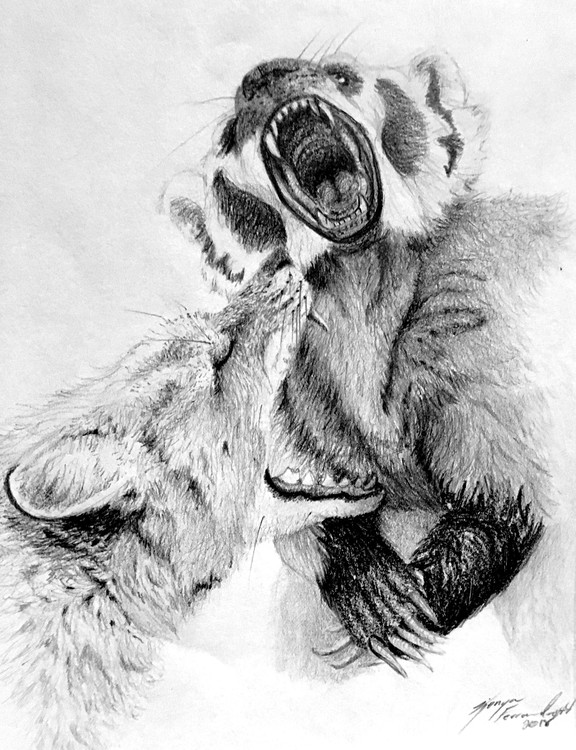 We never think about how out of this world the badger is. We know they don't take guff from anyone but just how extra is that? Well in this artist research I found out that their dens are invaded on accident by many animals, pretty much anything that lives in a whole. Foxs often make this mistake, but perhaps one of my favorites is the rattlesnake. Badgers are even immune to rattlesnake bites and are pretty much Americas mongoose. Often when we try to think who is the biggest badass of the animal world here in the USA we think its the Grizzly Bear, but not even the Grizzly will tangle with a rattlesnake. So Rattlesnake trumps bear, making him the king of animals in the USA. But we know better now right. Even a Grizzly bear will think twice, or even three times before tangling with a Badger.