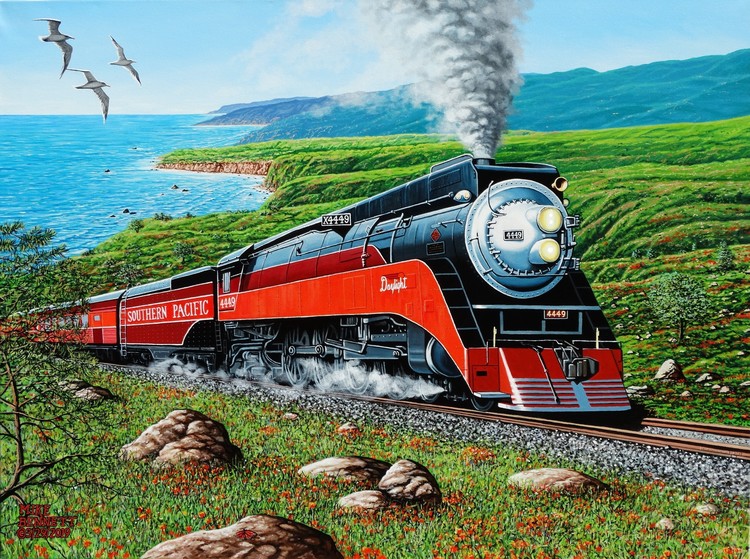 This painting of the Southern Pacific “Daylight Limited #4449” locomotive is considered one of the most beautiful passenger trains ever manufactured. It was built in Lima, Ohio in 1941 and officially retired in 1957. It traveled the California coastline between San Francisco and Los Angeles between the 1940’s – 1950’s. It is the only surviving example of Southern Pacific Railroad's GS-4 class of steam locomotives. There is one other GS-class locomotive surviving, but it is a GS-6. The locomotive is a streamlined 4-8-4 (Northern) type steam locomotive. GS is abbreviated from "Golden State", a nickname for California (where the locomotive was operated in regular service), or "General Service"