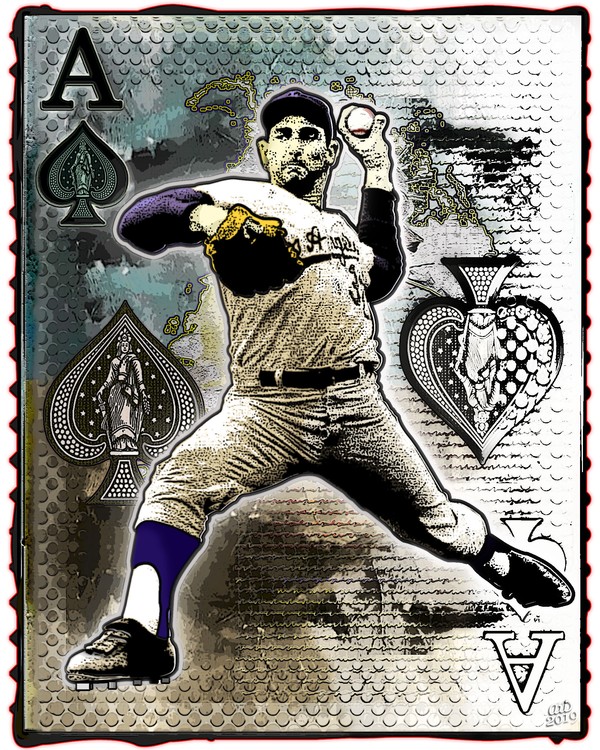 He was the most dominant pitcher in baseball until elbow arthritis forced early retirement at age 30. Sandy Koufax was signed by his hometown Brooklyn Dodgers at 19 & pitched 12 seasons (at Brooklyn/Los Angeles) from 1955 to 1966. At age 36 (in 1972) he became the youngest player elected to the Baseball Hall of Fame. When a 1965 World Series game fell on “Yom Kippur” he requested not to pitch on this holy day & got criticized for mixing personal beliefs with professional beliefs. Young Koufax loved playing basketball at the Jewish Community Center but baseball scouts were after him & finally signed with the Brooklyn Dodgers in 1954.