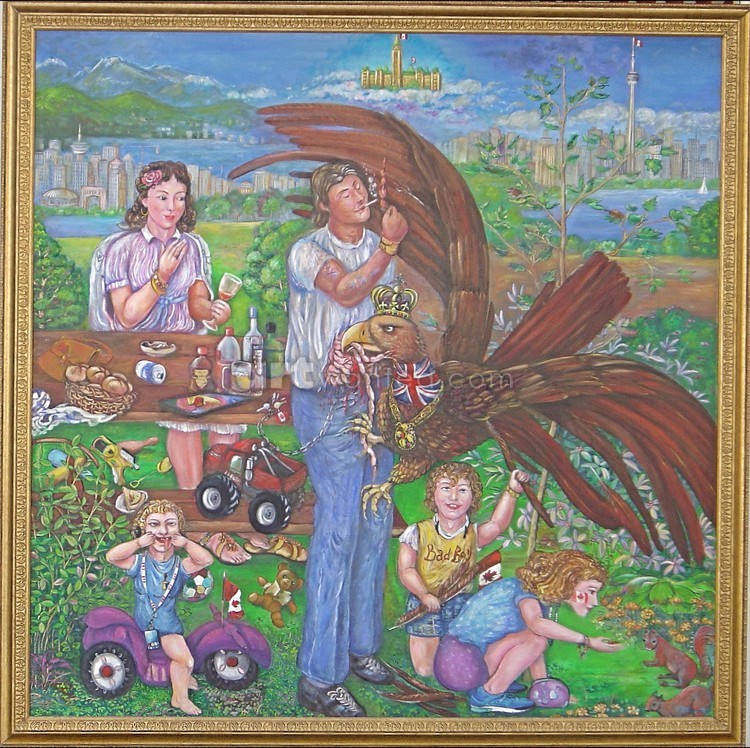 61X61" 155X155 cm oil canvas framed $ Can 15,000 Prometheus was a Greek god, a Titan. He stole the fire from other gods and gave it to the people to use it in winter for heat and to cook their meals. Zeus and other gods became angry for this, and they punished Prometheus chaining him to a rock on a distant island. An eagle descended upon him every day to pluck his liver. On this image, the Canadian protagonist has the fire, the chain and the bird. Alas, the eagle is an old English royal bird with fallen feathers. Only 'Bad Boy' knows what to do; pluck the bird feathers, thereby weaken the evil tormentor of Daddy. A symbolic political satire.