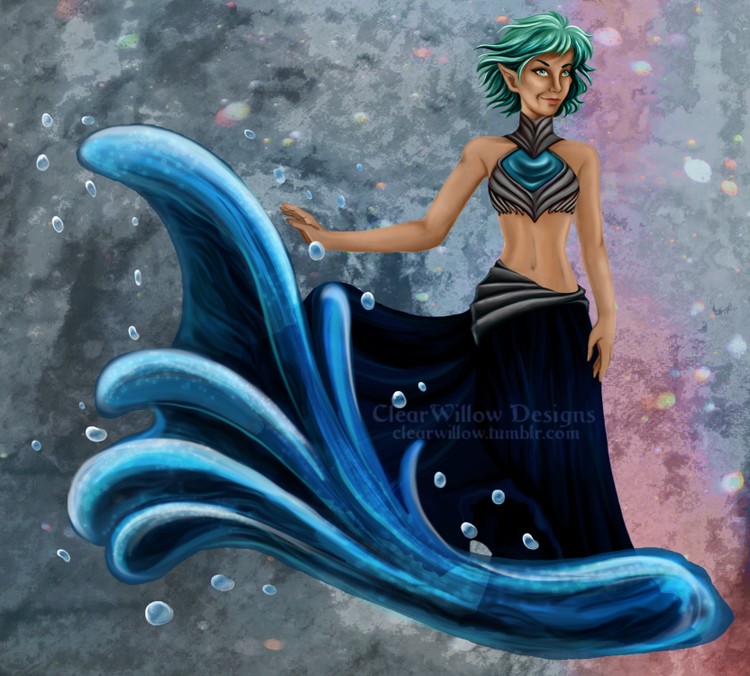 Water took the longest, mostly because when I started her I had also begun to study for one of my final exams that I had to take to complete my teacher's license. She went on the backburner for months, because each time I opened up her file I found myself getting frustrated that it wasn't coming out the way I wanted. I think she's changed more over twelve years than the other three - for starters, she now has legs! Once I had nailed her expression, it became easier to work on, as I knew that she was going to be a scary one. I decided this time around that she needed to emulate the deep ocean, all the way down to the seafoam streaks in her hair. This is not a lady that should be crossed.