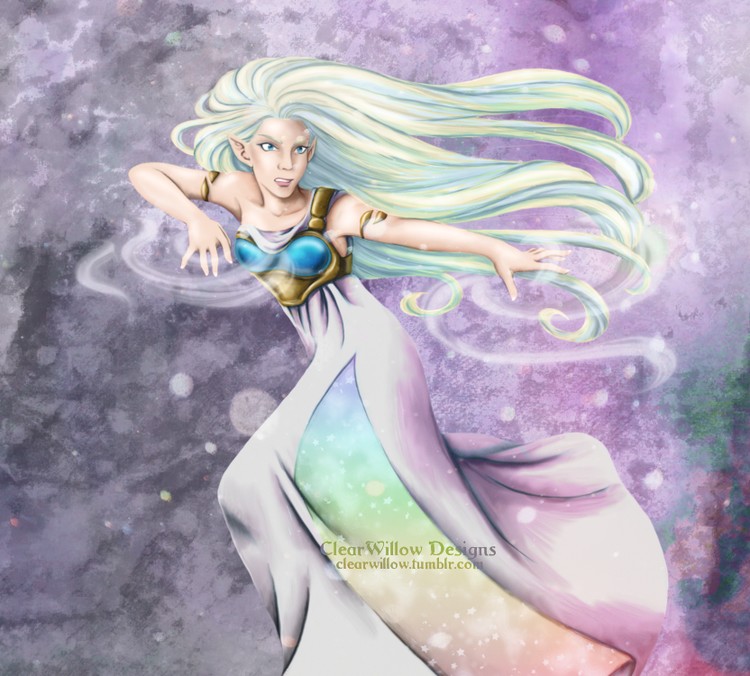 Air was the second one I tackled, and as you can see in the progression image of her character over twelve years, I did more adjustments based on the two prior versions than a full recreation. There were certain pieces from both that I liked the idea of, and ultimately I still ended up cutting out parts that just wouldn't work. I liked how her hair was red in the second version, for instance, but with Earth and Fire having red hair in the latest versions, it would have been too much. I kept the length, but instead of stark white I added in shades of blond, blue, and gray. The ornaments on the dress were another thing on the cutting block, because I wanted these elements to feel more like they were going to do some damage instead of goddesses that observed.