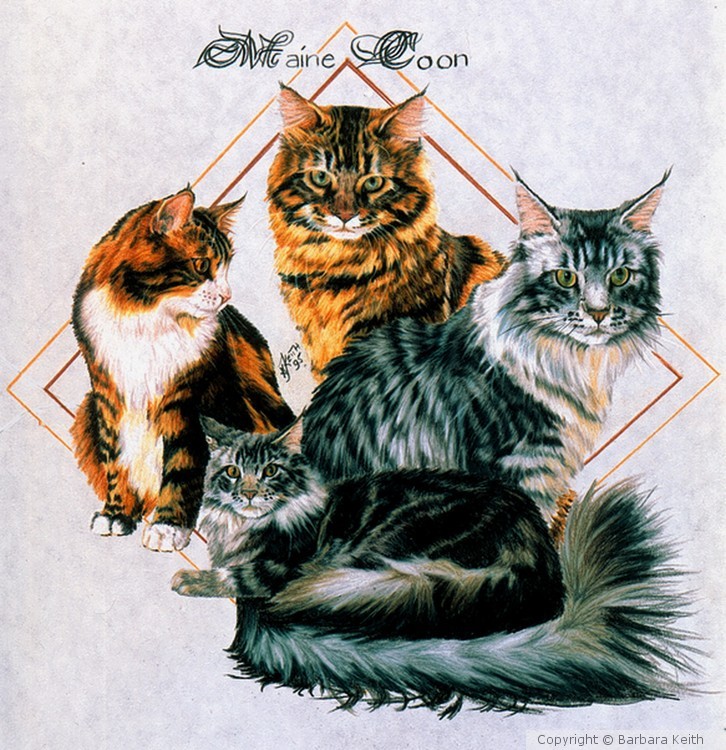 The Maine Coon is a native New Englander, hailing from Maine, where he was a popular mouser, farm cat and, most likely, ship’s cat, at least as far back as the early 19th century. He is a natural breed and little is known of his origins. Some say the Vikings brought him to North America, centuries before Columbus sailed the ocean blue, others that he is the descendant of longhaired cats belonging to Marie Antoinette, sent to America in advance of the doomed queen, who had hoped to escape there. Sea captains may have brought back longhaired cats that then mated with local shorthaired cats. One thing is for sure: the Maine Coon is not the result of a mating between a cat and a raccoon, even if his brown tabby coat and furry ringed tail suggest that biological impossibility (https://cattime.com).