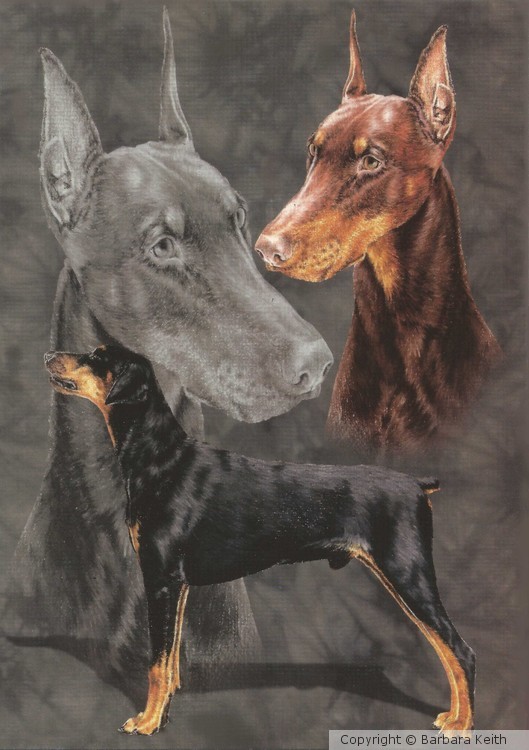 The Doberman Pinscher was developed in Germany during the late 19th century, primarily as a guard dog. His exact ancestry is unknown, but he’s believed to be a mixture of many dog breeds, including the Rottweiler, Black and Tan Terrier, and German Pinscher. With his sleek coat, athletic build, and characteristic cropped ears and docked tail, the Doberman Pinscher looks like an aristocrat. He is a highly energetic and intelligent dog, suited for police and military work, canine sports, and as a family guardian and companion (https://dogtime.com).