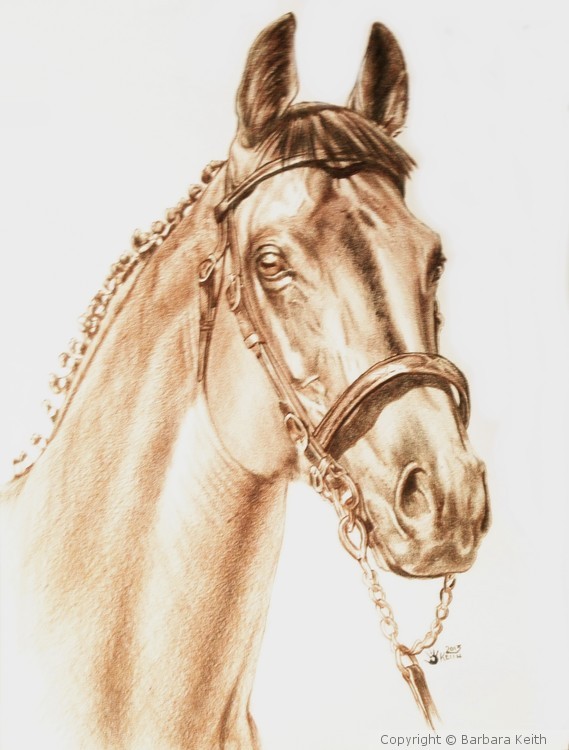 Thoroughbred, breed of horse developed in England for racing and jumping (see photograph). The origin of the Thoroughbred may be traced back to records indicating that a stock of Arab and Barb horses was introduced into England as early as the 3rd century. Natural conditions favoured development of the original stock, and selective breeding was encouraged by those interested in racing. Under the reigns of James I and Charles I, 43 mares—the so-called Royal Mares—were imported into England, and a record, the General Stud Book, was begun in which were listed only those horses that may be traced back to the Royal Mares in direct line, or to one of three other horses imported to England: the Byerly Turk (imported in 1689), the Darley Arabian (after 1700), and the Godolphin Barb (about 1730). The English Thoroughbred has since been introduced to most countries, where it is bred for racing or used to improve local breeds. A son of the Darley Arabian, Bulle Rock, was imported to Virginia in 1730. During the following 45 years, 186 Thoroughbreds imported from England became the foundation of Thoroughbred breeding in the United States (britannica.com).