Daytrip in the late fourties 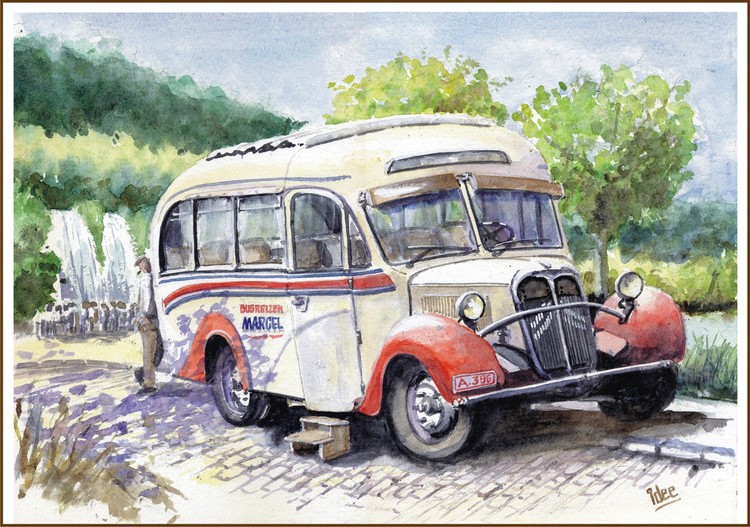 When I found this old image of an old small Cirtoën-bus it reminded me a story my grandma told me, several times, as I was a kid. It was in the difficult years after the second world war and most people where not well off, so travelling was a far away dream. But a day trip with the neighbours, once a year, was a whole adventure. Starting at seven in the morning and coming home after midnight. She told me about the waterfall they went to see, the lunch on a bench in a beautifull parc, how they visit an abbey and drunk the local beer and, to end a nice day, a dancing party in a well-kwown dance-hall. Image size: 260 x 360 mm

Artist Reply: Thanks Nicky, I can learn something from you

SO REAL AND MASTERFUL, IVO.

WHAT A FANTASTIC STORY AND PAINTING. WONDERFUL MEMORIES. HOW I WISH MY GRANDPARENTS WOULD HAD TOLD ME THINGS LIKE THAT.

Artist Reply: Thanks Joanie, as a kid I spended a lot of time with my grandparents