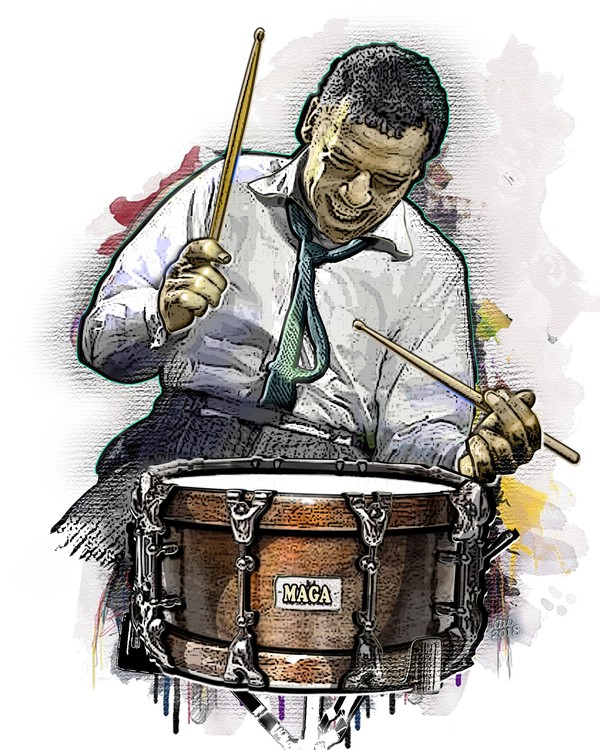 Buddy Rich's father saw that Buddy could keep a steady beat with spoons at age 1. He began playing drums in vaudeville (at 8 years old) as Baby Traps the Drum Wonder. One of his quotes was, “I can't sit down long enough to absorb any kind of learning”. He was also known for his rivalry with Frank Sinatra that sometimes ended in brawls when both were members of Tommy Dorsey's band. The two remained lifelong friends & Sinatra delivered a eulogy at Rich's funeral.

VERY CLEVER STYLE I CAN HEAR THE MUSIC