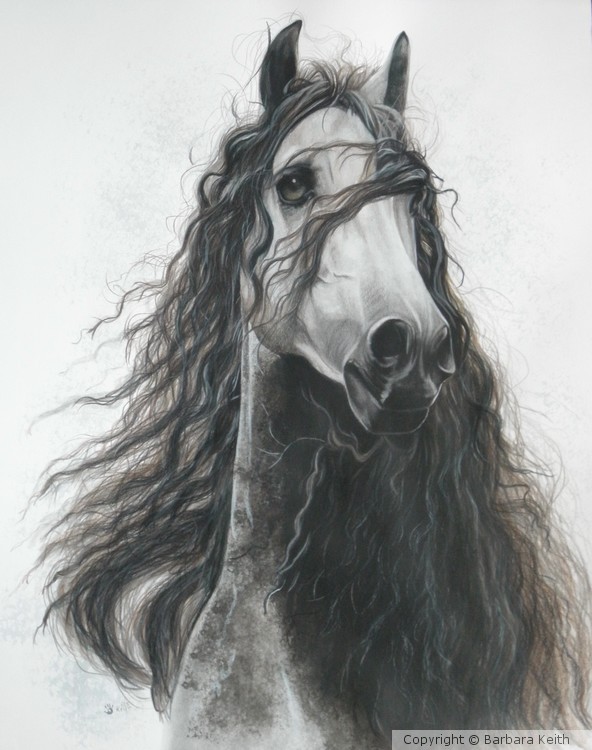 The Andalusian Horse originally came from the Iberian Peninsula, and it is named after the Province of Andalucia, which is the part of the world where it is the most famous. It is believed to be an ancient horse breed, as a similar type of horse is depicted in cave drawings that are 20,000 years old, and Homer even mentioned these horses in his work, The Iliad. In 711 A.D., Andalusian horses were bred with the horses of the Moorish invasion, which were the Spanish Barbs. However, this breed was principally bred by Carthusian Monks during the latter part of the Middle Ages. In fact, the Carthusian Monks were excellent horse trainers and breeders, and they were able to keep the bloodlines pure. Also, Cortes was the one who was responsible for bringing Andalusian horses to America during his conquests. The Andalusian Horse breed is the foundation for many other breeds. Though the breed was threatened when Napoleon’s army stole Spain’s horses during an invasion in the 1800s, a herd was hidden and ultimately used to keep the breed alive and pure. And even though an epidemic in 1832 devastated the horse population in Spain, a small herd of the Andalusian horses found at the Monastery of Cartuja survived in order to keep it going (petguide.com).

Artist Reply: thank you, quite a job too