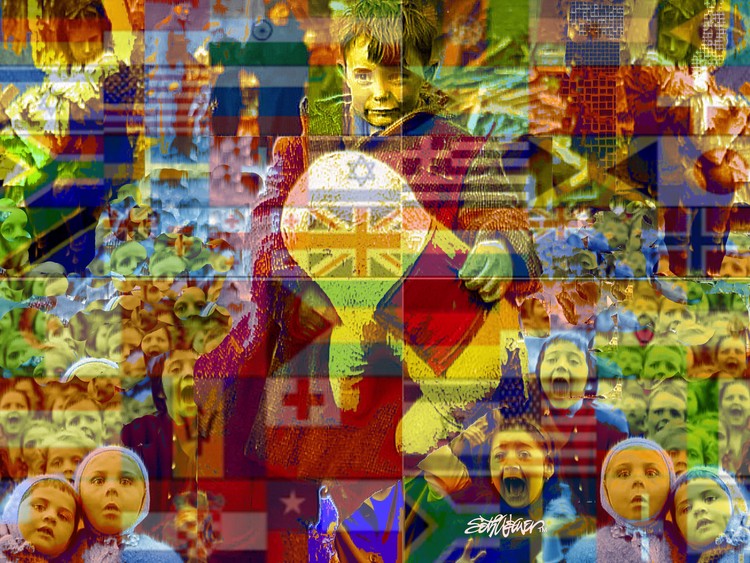 © Seth F. Weaver Sr. 05/21/18. The flags of the nations of the world gently flutter in the breeze as the forgotten littlest victims of war wander through rubble looking for their parent or just something to eat. It has been said that wars are started by hungry politicians seeking power, wealth, and position. While young men fight them and die. The precious price on families is beyond what any of them can pay. I found three antique black and white photos from World War II that inspired me to create this anti-war creation of mine. All these scenes where colorized by me. The fellow holding the giant yellow teddy bear (maybe a Winnie-the-Pooh) was from the London Blitz era. The children at the bottom of the picture were from Paris as they watched a scary puppet show. The little girl in the corners is holding her precious doll probably after her family was killed in the bombing of Great Britain. This image as I was creating it has haunted me. All people need to see and realize the littlest victims of war are always the children. A Compullage™and Manipuography™ creation.

ART WITH A MESSAGE Caricatures and Twisted Portraits