Fallen By The Cross 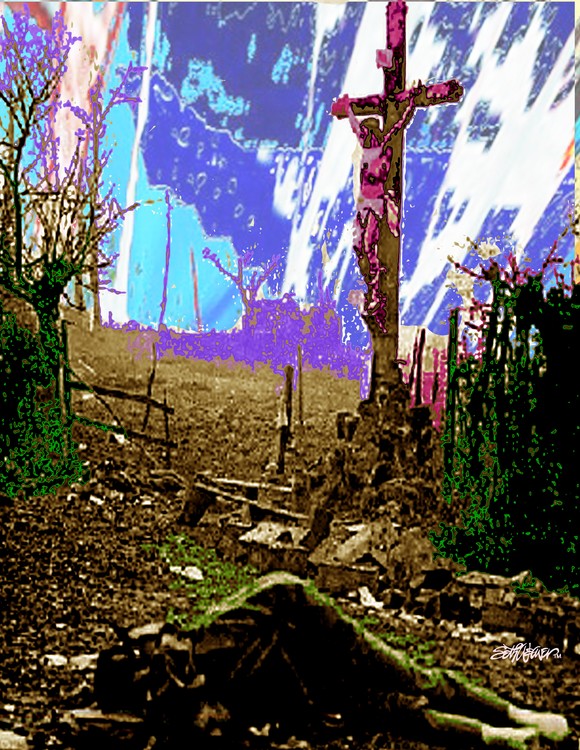 © Seth F. Weaver, Sr. 05/29/18. Here stands a cross proudly displaying Jesus Christ the last remnant of a bombed out church during a furious battle during World War I. The sky and landscape are alive with bombs, bullets, and gas attacks. A sacred old church with a timeless legacy that has christened and buried countless thousands from a town that is now no more. The Cross of Jesus Christ has once again triumphed over death and destruction and will be the oldest icon when a new church rises from the ashes of war. Beneath the cross lays a dead soldier he was probably killed by a bomb or gas when he stopped to admire the old church. All he had were his boots that were taken by scavengers as they went by his fallen body. Like the thief on the cross at the original crucifixion he will he will join Jesus Christ today. This work is dedicated to all soldiers for Memorial Day and Veterans Day in the USA. A Compullage™/Manipuography™ work.