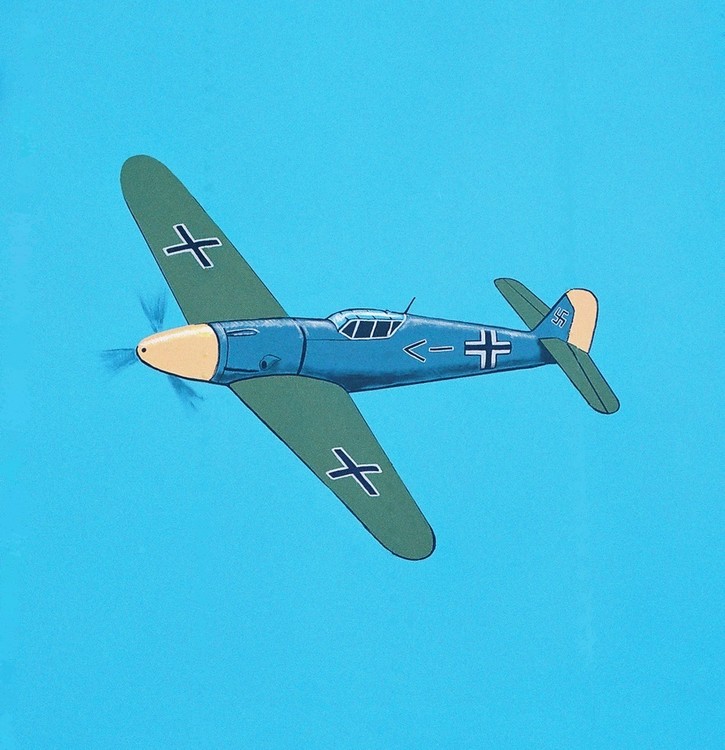 The Messerschmitt Bf 109 is a German World War II fighter aircraft that was the backbone of the Luftwaffe's fighter force.[3] The Bf 109 first saw operational service in 1937 during the Spanish Civil War and was still in service at the dawn of the jet age at the end of World War II in 1945. This painting appeared on one side of the General Patton Mobile Museum murals.

another great painting of planes of yesteryear!

Artist Reply: I hope it is not my last painting of this era of planes.