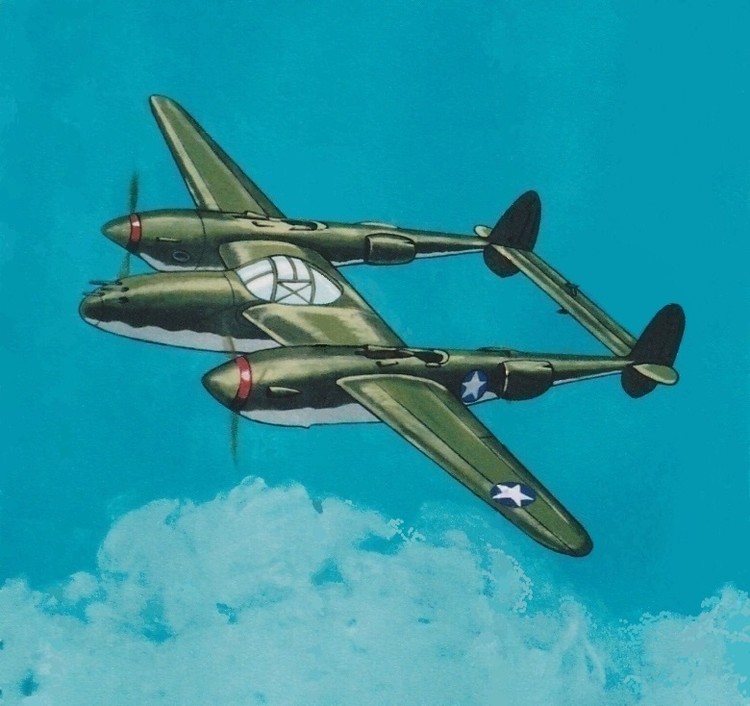 The Lockheed P-38 Lightning is a World War II-era American piston-engined fighter aircraft. Developed for the United States Army Air Corps, the P-38 had distinctive twin booms and a central nacelle containing the cockpit and armament. This painting appeared on one side of the General Patton Mobile Museum murals.

TERRIFIC WORK.. I REMEMBER MY BROTHER BUILDING A MODEL PLANE LIKE THIS ONE. MY HANDS WERE NOT TO TOUCH IT... LOL

Artist Reply: Thank you Joanie. It is one of my favorite WWII planes. I have seen one fly before also.