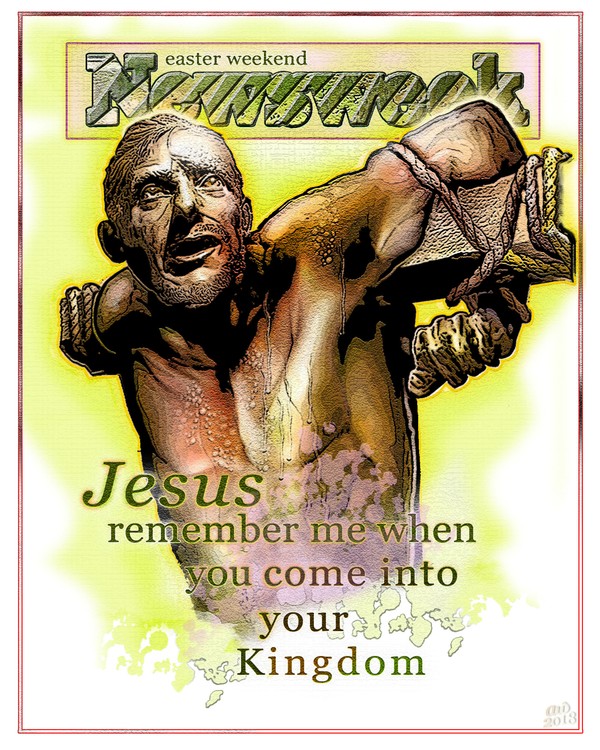 It was that other thief who acted as angry and bitter as the same officials who condemned him, and the man next to him (Jesus) to die by crucifixion. The thief in this illustration is the one who had a very different take about his own fate (because the man next to him) in this dire situation.