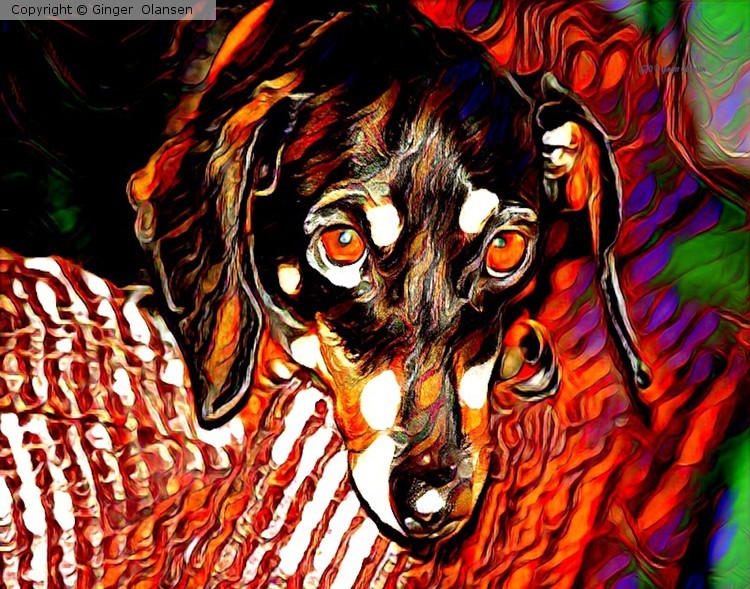 WolfGang known as "Wolfie", was my Dad's dog. "Woolie" I called him sometimes passed at 9-11 years. Dad Passed at 94 in 2010. I thought this recreation of the dog new colors was just right for him due to his black coat! A Wonderful 6-8 lb. mini dachshund. A family member took him because my dog Freyja and Woolie (I called him) could not get along! I was so upset because I loved that dog and expected to take him but the two dogs drew blood on each other, destroyed 1000 dollars worth of carpeting! Thought my friends at AW would like him too! Have a super day! Keep on taking those photos and painting those works of art!

Artist Reply: Thanks Dee, "Wolfie" has passed and he was my dads dog who passed earlier. He was a mini 6 lb dachshund. Such a good boy!