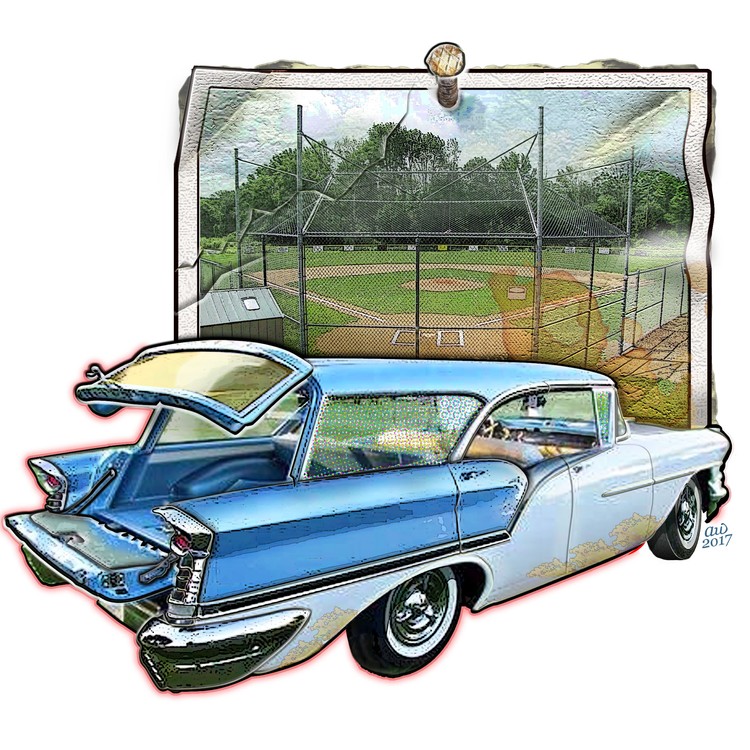 A 1960 Oldsmobile Nomad station wagon. The first station wagons came about during the age of train travel and were called train depot hacks. A hackney carriage (hack) was the old name for a taxi. In 1919 a Wisconsin wagon company began putting wagon bodies on a Model T chassis with wood from a Kentucky company. Woodie bodies were provided to Chrysler vehicles until 1931 when car companies eventually began producing their own station wagons.

a digital rendering of an American family car.
$ 11.00