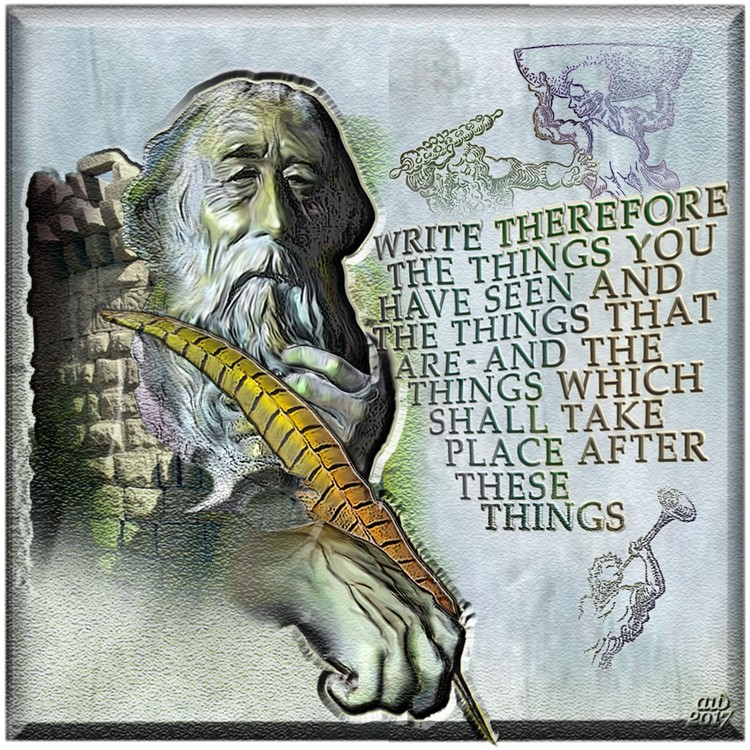 John wrote his gospel many years after the others had written theirs. He was the youngest of the 12 and his brother (James) was the first one (disciple) martyred for being a believer. The others would eventually be killed but John would die of old age because he lived through his own execution (boiled in oil). Exiled to the island of Patmos he would write again. John's first audience was a group of 7 churches in the Roman province of Asia and he individually addressed each church with symbolic visions after taking dictation from none other than Jesus Christ. John explains this in the beginning of the book - but how does one also explain the future events (or technology) to a present day listener? The vivid symbols of this circular letter meant little to those government authorities prepared to pounce on early Christian believers with charges of sedition.

a digital painting of a familiar Bible apostle.
$ 11.00