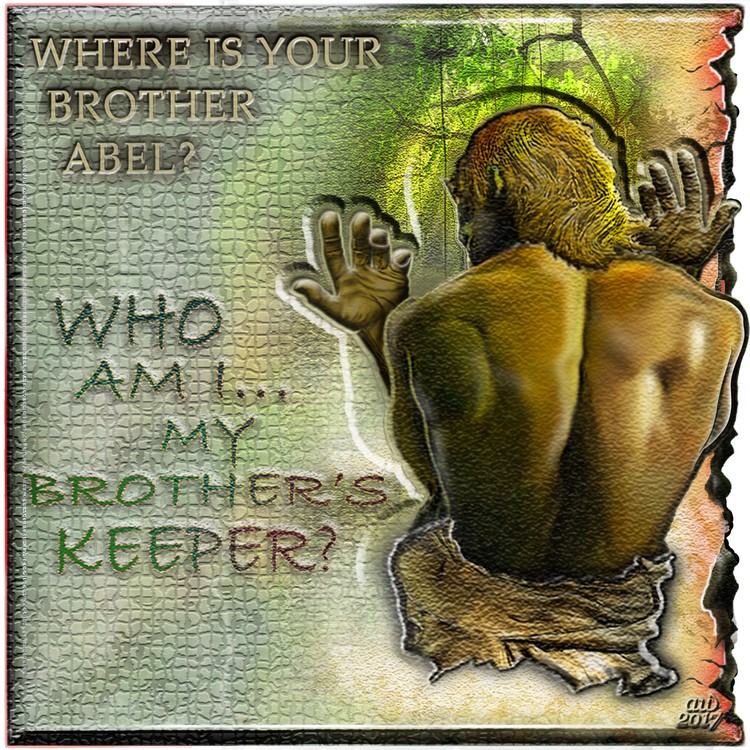 Who am I my brother's keeper? This was Cain's answer when God asked where his brother (Abel) was. Cain earned a reputation as the first murderer and this illustration depicts the first attitude. Cain was a farmer and Abel kept sheep. While a lamb offering seemed easier for his brother (the shepard) sacrifices to God were never meant as achievement contests and blood was required for a sin offering. Cain knew this but thought that the fruit of one's labor might cover any alleged sins. Instead of repenting, he killed his brother and settled east of Eden (with his attitude) in the land of Nod.

a digital painting of a familiar Bible episode.
$ 11.00