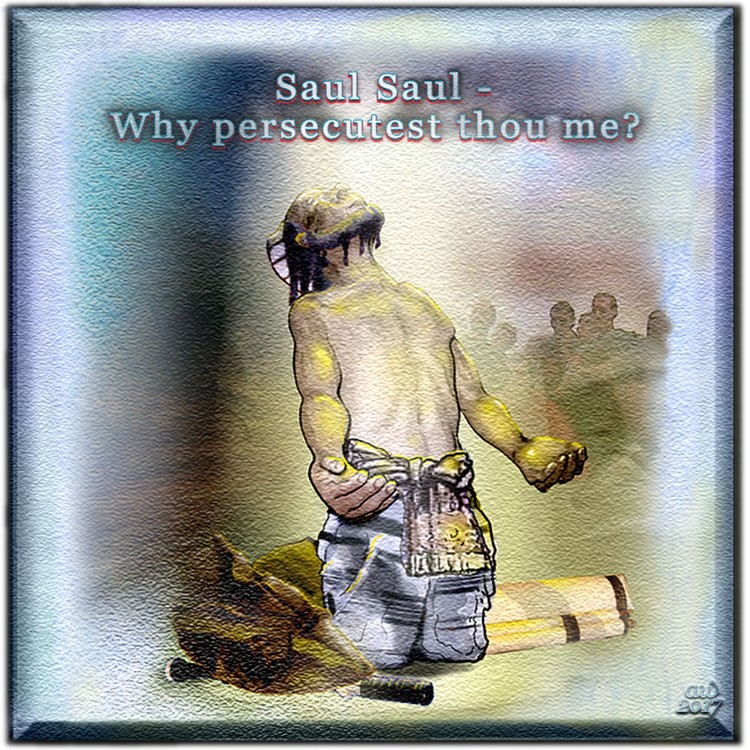 (updated from an older illustration) -- Before his conversion Saul believed in serving God by tracking down those "new christian” believers for imprisonment or execution, and his Damascus trip was for this very reason. His traveling companions saw the whole incident but only Saul heard the voice in the blinding light and he had to be led the rest of the way because of a 3 day blindness. His sight would return at Damascus with the aid of a nervous “christian believer” and he would be martyred as “Paul” the apostle some 30 years later.

a digital painting of a familiar Bible story and person
$ 11.00