Tombstones in Forest 3S A 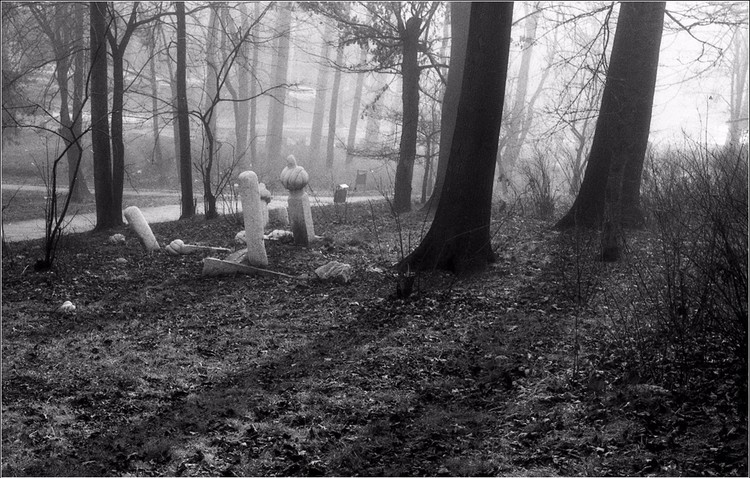 OPUS: Look Homeward, Angel; From Grand OPUS; Sarajevo City of Light, SARAJEVO WAR 1992-1995; BOSNIA in Tragic WAR, POETIC Beauty and Strength of the Human Spirit, During the years of terror cast upon Bosnia and my city of Sarajevo, photography remained my only medium of artistic expression. My painting conditions were nonexistent, (shortage of materials, time, and peace). My photographs were captured while walking between steps. Each step representing life or death… In this town of sorrows, agony surrounded by walls of hatred and evil, I encountered the most extraordinary beings in this world. They are genuine people, without hatred; people who survive inside the walls of a besieged city, without electricity, fuel, food, water, etc. Sarajevo became the massacred city where every new day is awaited as a miracle; awaited with patience and disbelief that you are still alive. There was a light that continued to glow from this destroyed city and its people; they had not lost their spirit. Exhibitions and concerts were still being attended by people who shed the tears of happiness, knowing that they couldn’t kill the art. A horrifying beauty was born. Intensely preoccupied with exploring light at edge of shadow, Picture is based on light and darkness counterpoints, With elements of Chiaroscuro, Observation of physical and psychological reality, Acutely observed realism brought a new level of emotional intensity, Strong, dramatic expression, Perception beyond Appearances, Symbolism, POETIC TransRealism; Perception beyond any veil; including the veil of religion, "There the sun doesn’t shine, or the moon, or the stars, nor any earthly fire, In Its light, invisible; in a secret place, In the heart It resides." Mirza Ajanovic fine ART Photography,