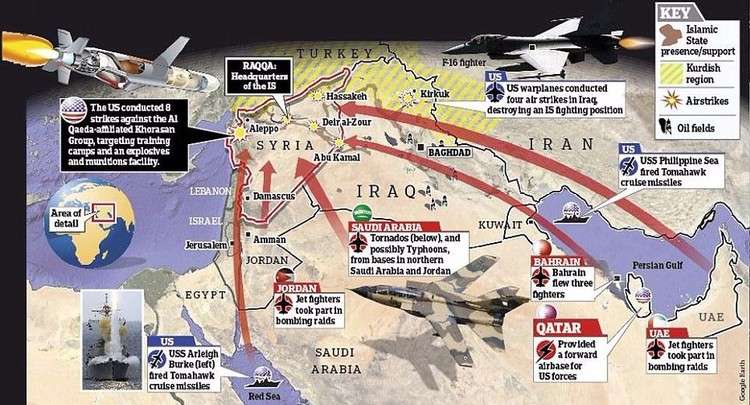 2016 This is not my artwork, but I will be doing maps and images on this subject. God gave me a talent to draw and to use that talent to serve Him, I have slacked off, but will get back to drawing. Since 2014, events in this world have significantly increased in severity and frequency. These events are directly related to these end times and the prophecies of the end of this age. First Putin flexed his muscle invading the Ukraine and causing trouble there. I believe his goal was to test world reaction, which was nothing, from NATO or Obama! The next big event was the Ebola outbreak in Liberia Africa spreading to several other countries. Then late in that year, the first actions, the devouring stage, of the locust army, ISIS! Cutting off the heads of Christians who would not deny their faith! Then, the many attacks by ISIS against Christian nations in their worldwide Jihad! Next, on solar calendar feast days, we had the four blood red moons ending on the Feast of Tabernacles last September 2015. These have only occurred a few times in history and always relating to Israel. The most recent was just before the 1967 war when many Arab states simultaneously attacked Israel, however, God gave Israel the victory over all their enemies! Such was the victory that Israeli leaders told their armies to hold back,....otherwise they could probably have taken much more territory than they did. A week after the Feast of Tabernacles in 2015 an American Israeli oil company discovered a huge oil deposit in the Golan Heights which Israel took from Syria in the 1967 war. This oil deposit is said to be 300 meters deep, compared to the usual 30 meters elsewhere. Shortly after the oil discovery, Putin (Russia=Esau) sent 150,000 troops and his air force into Syria on the side of the Syrian government to secure Assad control over the country. China (men of the east), and Iran (persia) joined in too. Lybia (their oil funds ISIS) is involved too. Do you realize all the wicked nations who will attack Israel and overwhelming their military, these wicked armies of the world will surround Jerusalem, ....and at that moment it looks like world war 3,....Johnny on the spot,....here comes a supernatural arrival of high tech vehicles swarming around Jerusalem, ....landing on the temple mount,.....stepping out,.....shining and glistening before the world media,.....as Rev 13 says, "he looks like the Lamb of God but has the voice of the dragon.",....that's Satan as the instead of Christ!!! Watch out, he's come to take people's souls in deception! !! 2thess2 No gathering back to the true Christ until AFTER the son of perdition sits on Mount Zion in Jerusalem claiming to be God! !!

And I thought this overwhelming feeling that everything is going to Hell was just due to an older man (me) being 'out of touch.' Maybe some of us are just a little too IN touch; I feel like a pebble in a maelstrom most days, Gregg. Humankind never seems to learn. Thanks!. :)