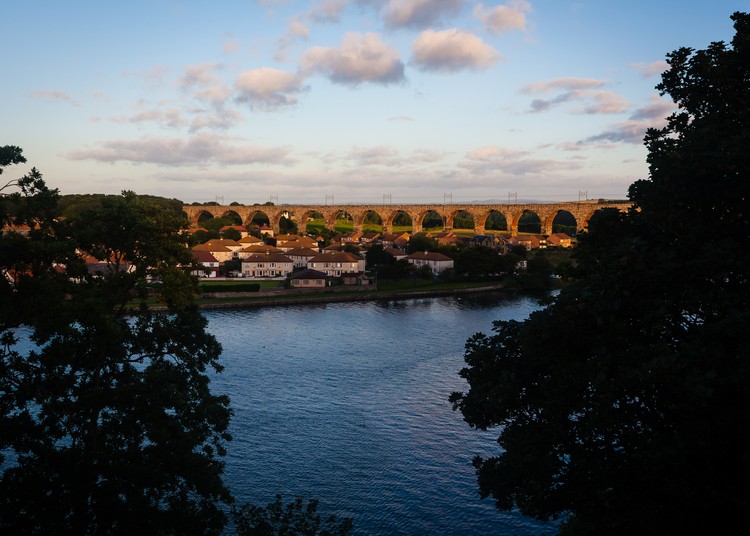 Royal Border Bridge spans the River Tweed between Berwick-upon-Tweed and Tweedmouth in Northumberland, England. It is a Grade I listed railway viaduct built between 1847 and 1850, when it was opened by Queen Victoria. The engineer who designed it was Robert Stephenson (son of George Stephenson). It was built for the York, Newcastle and Berwick Railway and is still in regular use today, as part of the East Coast Main Line. Despite its name, the bridge does not in fact span the border between England and Scotland, which is approximately three miles further north. The bridge is 659 metres (2,162 ft) long and constructed in stone except for brick soffits to the arches. It has 28 arches, each spanning 60 feet. The railway is carried 121 ft above the river level.