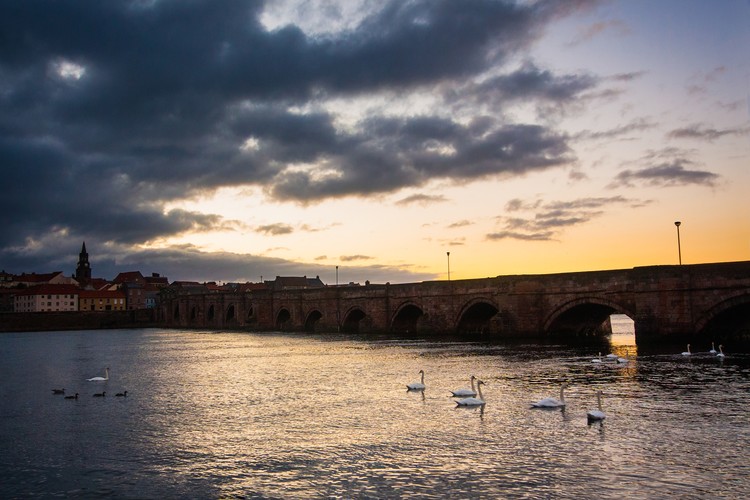 Berwick Bridge, also known as the Old Bridge, spans the River Tweed in Berwick-upon-Tweed, Northumberland, England. The current structure is a Grade I listed stone bridge built between 1611 and 1624. The bridge is 1,164 feet long and 17 feet wide between the parapets, with an upwards slope towards the north-eastern end. The spans are not even in length ranging between 24 feet and 75 feet, the longest being the penultimate span at the north-eastern end. It is built from sandstone quarried at Tweedmouth. The piers are founded on large oak piles from 873 trees, mainly taken from Chopwell Forest. The triangular cutwaters extend up to the level of the deck to become pedestrian refuges. The bridge is now one way, from east to west. A short distance upstream is the Royal Tweed Bridge, which succeeded the Berwick Bridge as the main road crossing of the Tweed at Berwick when it opened in 1928.