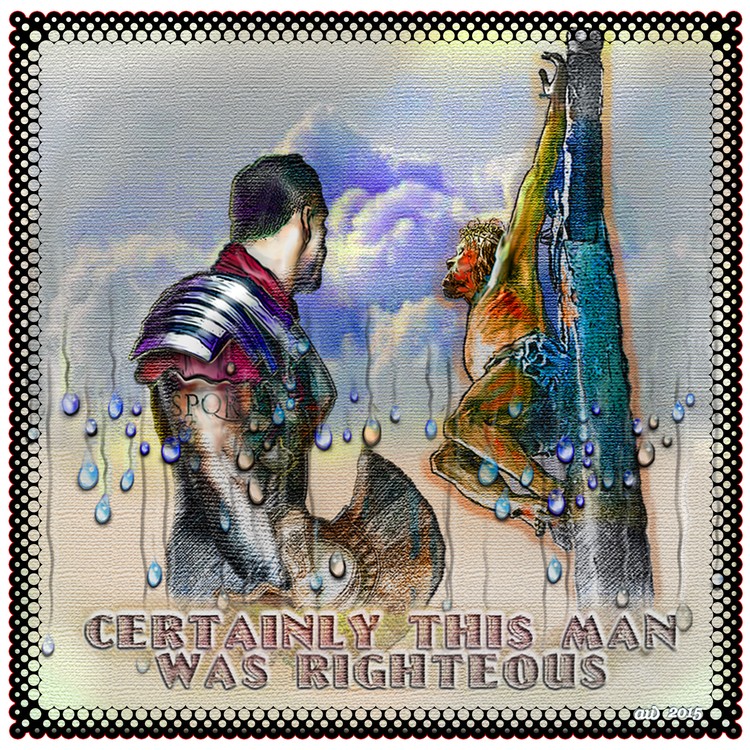 (updated from a former layout)-- The words of this Roman centurion are worth contemplating because he had been with his prisoner since sunrise - but his routine crucifixion duty just got “different” to him. It's because his perceptions began to change that made this a moment worth illustrating. This significant moment is among others in the Gospel story and our own contemplation's surround this veteran soldier of many bloody battlefield situations while he now contemplates his own situation. His soldier's code of strength and honor demands that his new perception be dealt with…but how?

a digital painting of a familiar person and Bible verse
$ 11.00