Czara:Queen Of All She Surveys 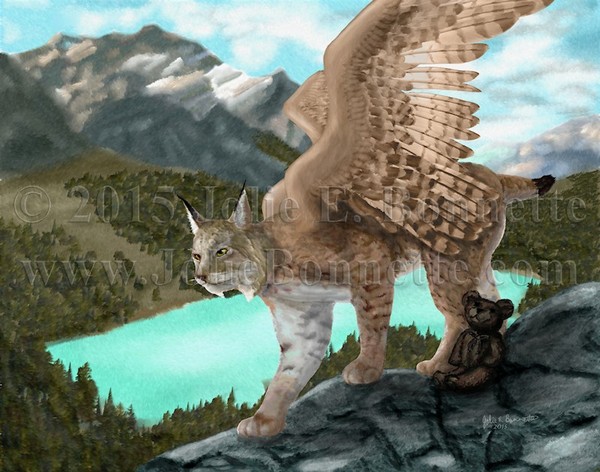 I've been working on this commission since February. I don't do many commissions due to my health and I'll only do them for particular people because I can't be on a deadline and I prefer commissions where I have a lot of creative freedom rather than being micro-managed. This lady is very patient and basically gives me an idea and lets me have my way with it. For this one, she wanted an image of her "baby sister", a lynx named Czara. I decided I wanted to do a fantasy portrait of her and the little teddy bear she's had since she was a cub. I'm not 100% happy with the bear, but I love how Czara herself came out. The cat was a created through a combination of painting from reference photos of both Czara herself and other lynx images and a pair of wings I rendered in DAZ Studio.