ONCE I HAD THE KEY TO MY FUTURE 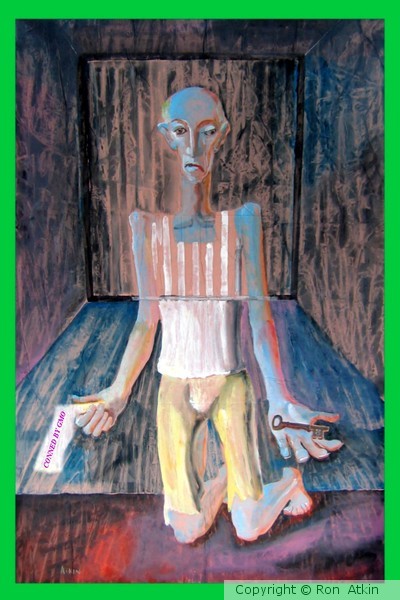 You are in a 21st Century concentration camp mate and the key has been thrown away!................. Most GM plants are engineered to survive doses of Roundup herbicide. Roundup steals nutrients, which can lead to nutrient-deficient plants, animals and humans. Roundup can also cause birth defects, and other reproductive disorders. Lab animals that ate Roundup Ready crops lost a large number of offspring. Roundup is also linked to infertility, which may be from disrupted hormones, nutrient deficiency, or brand new organism. FDA scientists had warned that GMOs were dangerous, but their boss was The Monsanto Man. Monsanto sells Roundup, and most GM seeds. The FDA doesn't require any studies, and doesn't monitor any health issues linked to GMOs......................Wonderful films..... "The only thing I was disappointed about was that the connection between the GMO (which cause illness and the companies that create the medication that "cures" or "treats" the illnesses. These companies are owned by or controlled by via major stockholders by the big GMO companies like Monsanto, Bayer, DuPont and Syngenta. So they are making us sick, so they can sell us the drugs to make us well. Sounds fishy to me!!".................. “What have I done to my children. After feeding them GMO food."

Brilliant work, I really like this! Your painting captures perfectly the theme of GMO-s and abuse of power you speak of in your text, it really does get the message across. Keep up the good work! John