The Duomo of Florence 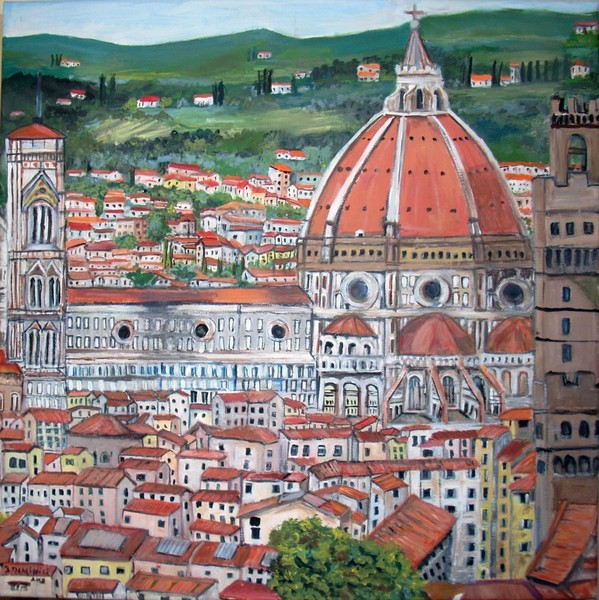 In 1418 a competition was held to design a new dome for the cathedral. The two competitors were Lorenzo Ghiberti and Filippo Brunelleschi. Brunelleschi won the competition with his distinctive octagonal design, but both were appointed architects. This arrangement did not work, and Brunelleschi soon took over sole responsibility. Construction on the dome began in 1420 and was completed in 1436; the cathedral was consecrated by Pope Eugenius IV on March 25, 1436. http://www.dominicistudios.com/