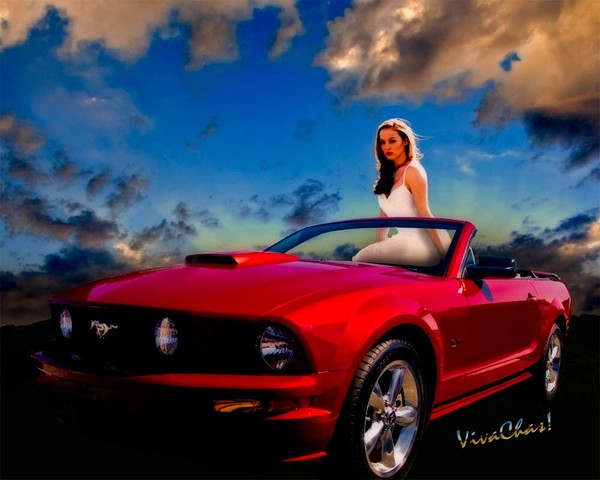 Mustang Sally! Better Slow that Mustang down - lyrics from a blast from the past. Yeh a song about a girl named Sally. Yep- she's gotta Mustang - Ha! Gimme just a mo and I'll get the info on the tune - - - Okay - so Mack Rice had the first R&B recording of the song in 1965 the year after the introduction of the stang. How cool is that! Course it was Wilson Pickett did the cover just a year after Sir Mack. Guess he knew something good when he heard it ~:0) Anyway what with the drought up here in the Texas Hill Country and other parts of the neck of the nape - every little storm that pops up is a reason to get out and make pictures. The old-timers down at the Pipe Creek General Store blame Clinton for the drought. Couldn't get 'em to share their conspiracy theory with us on that but it wasn't for lack of trying on our parts. One of 'em did mention something called HAARP I think it was. - Might have been HARRP (that can't be right - must be the first one) Though we call it - soaking up color - Ha! This photograph puts me in mind of school proms and graduation gifts. I tell U - those kind of gifts have escalated from a firm handshake to new Mustangs over the yonks. Is it any wonder cowgirls up in ranch- country and even back home have gone crazy wild. Personally I'd just as soon have some heavy rain for about a month to get the lakes back up. Lake view property out our way has become meadow view as the impound heads South - Ha! I've owned a few convertibles over yonks and I learned that if the rain's not too heavy and U drive just the right speed - U Don't Get Wet! I'm talking with the top down U lot! How very cool is that? I'm a wealth of information round the old club house. Nice stormy sky in this bit-o-wall-art. And the nice model in the pix - Miss Belva - is a plus. That is if the old trouble and strife - the wife - don't mind. Personally I got a print of this one in the game room where it can be seen when breaking at a game of the old pocket billiards - as they used to say at the Regatta. Distracts visitors - Ha! When it quits working to distract me opponents I'll get something else nice up in that spot. Ol'what'shername calls it cheating. I calls it gamesmanship - U ought to try it! ~:0) VivaChas!

OUTSTANDING IMAGES & Beautiful compositions ! A most Delightful coloration Makes This have a FANTASTIC Feel to it!

JUST PLAIN NEAT PHOTO CHAS... I HAVE A "RED" MUSTANG CONVERTIBLE..... SO THIS IS A "SPECIAL" PHOTO... JOANIE

Artist Reply: Thanks Joanie - U should hop over to hotrodneyhotrods do tcom and get urself a nice print - just saying ~:0) VivaChas!